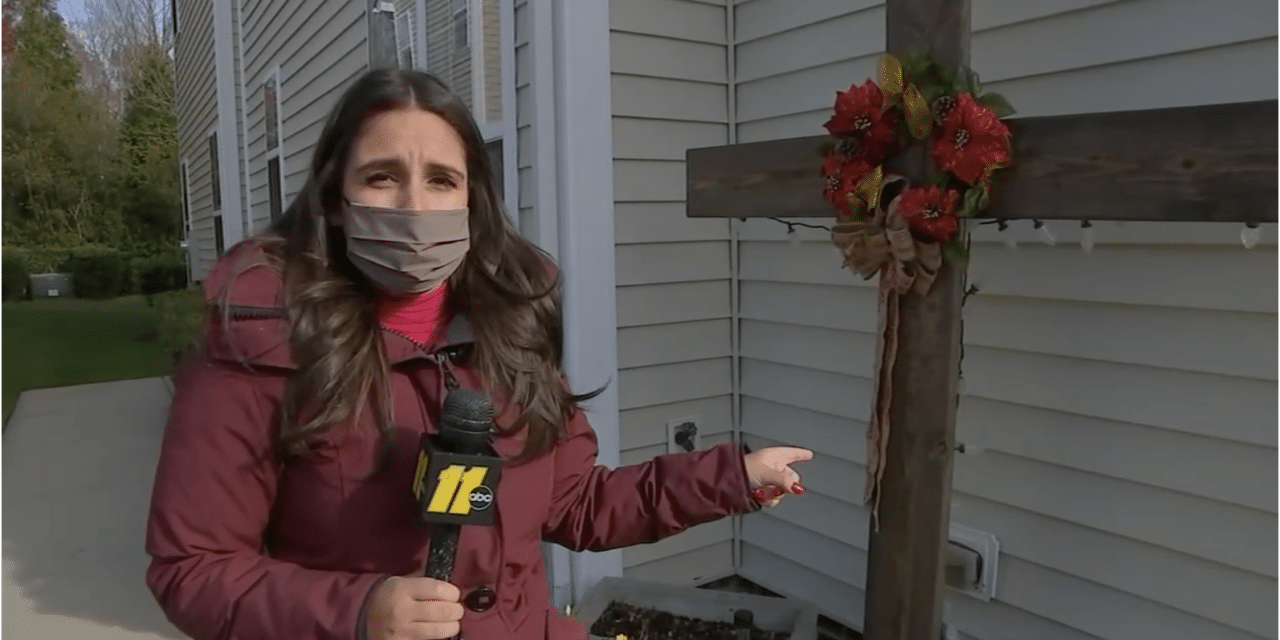 (CBN) – A Raleigh homeowners association is making headlines for telling a family that displaying a cross during the holidays is a violation of the rules, arguing it must be removed or they’ll face a fine. James Faison and his wife, who have lived in the North Carolina neighborhood for five years, put up a 6-foot cross as a Christmas decoration representing hope, according to WTVD-News.

But the local HOA insisted that the family take it down, stating in a letter that the cross is not a Christmas decoration. Instead, the association contends the cross is only acceptable as a symbol for Easter. “We believe the cross is symbolic of hope, salvation, and deliverance and it’s so important that we have this cross up for Christmas time,” Faison said.

So, the Faisons provided references from the Bible that showed the connection between Christmas and the cross. This was the HOA’s response: “The cross represents the death of Jesus Christ who died for our sins so we can have eternal life,” the HOA statement reads. “The Christmas season is associated with the birth of the Savior such as nativity scenes would be an appropriate representation of the season.” READ MORE