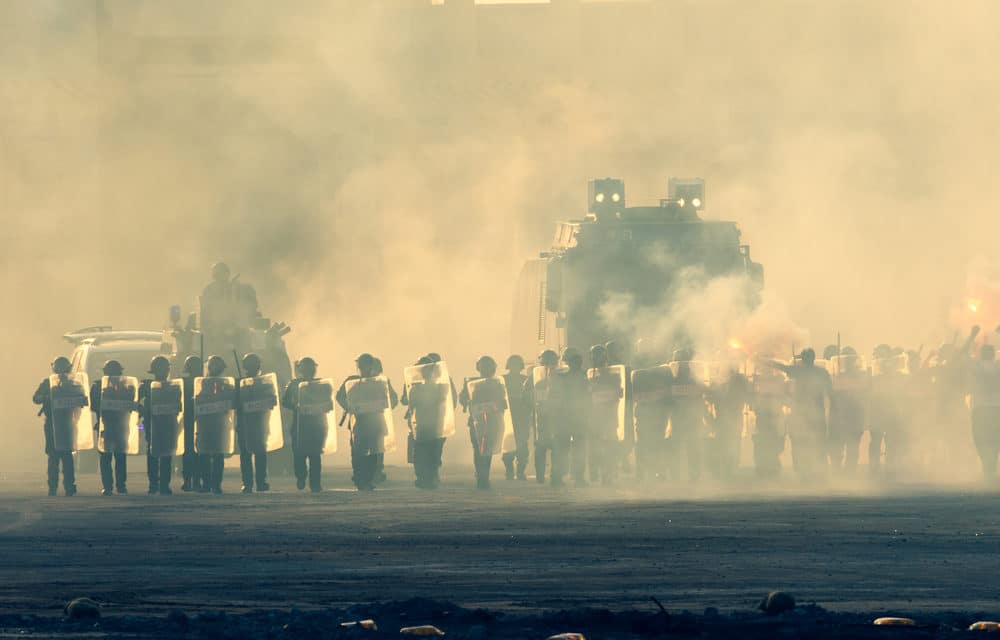 (ETH) – Tension is mounting as we near Election Day and law enforcement officials in the state of Washington and around the nation are reportedly preparing for potential civil unrest from the election outcome.

Officials are concerned that pressure will only continue to build in the coming weeks and be met with a contested election, spiking gun sales, and ongoing civil unrest over institutional racism and police violence. On top of this, we also have social media misinformation and conspiracies theories circulating from the right and left, and even from foreign adversaries of the like of Russia and Iran.

“I can say that we have no specific, credible threats at this time,” said Joshua Murphy, the assistant special agent in charge of the Seattle office of the FBI, where he oversees counterintelligence. Before that, he ran the Joint Terrorism Task Force. Federal, state, and local officials have reportedly participated in “tabletop” exercises outlining possible scenarios for post-election violence and unrest according to the Seattle Times.

The report stated that: “At least 300 National Guard soldiers, recently deployed overseas, are being trained to handle civil unrest. They will be placed on alert with hundreds of other Guard members who have already been trained for handling such disturbances. Police leaders in Seattle, which has hosted some of the country’s largest racial justice protests, have canceled time off for officers.

“Given the atmospherics and the civil unrest this summer since the May riots, we’ve focused and increased our resources,” said Murphy. Agents anticipate more unrest like that seen in the aftermath of the mass protests that sprang up in the wake of the May 25 video-recorded death of George Floyd while handcuffed and restrained by Minneapolis police.”

Meanwhile, it’s being reported that Social Media giant, Facebook is also taking extraordinary measures for the real possibility of trying to calm election-related conflicts that may spawn in the U.S. from the election outcome. The report from the Wallstreet Journal states that Facebook is deploying internal tools designed for what it calls “at-risk” countries, according to people familiar with the matter.

The report details the plan of Facebook, stating: “The emergency measures include slowing the spread of viral content and lowering the bar for suppressing potentially inflammatory posts, the people said. Previously used in countries including Sri Lanka and Myanmar, they are part of a larger tool kit developed by Facebook to prepare for the U.S. election.”

Facebook executives are assuring the public that they would only deploy these tools in what they are calling “dire circumstances”, such as election-related violence, However, the executives there also stated that the company needs to be prepared for all possibilities.