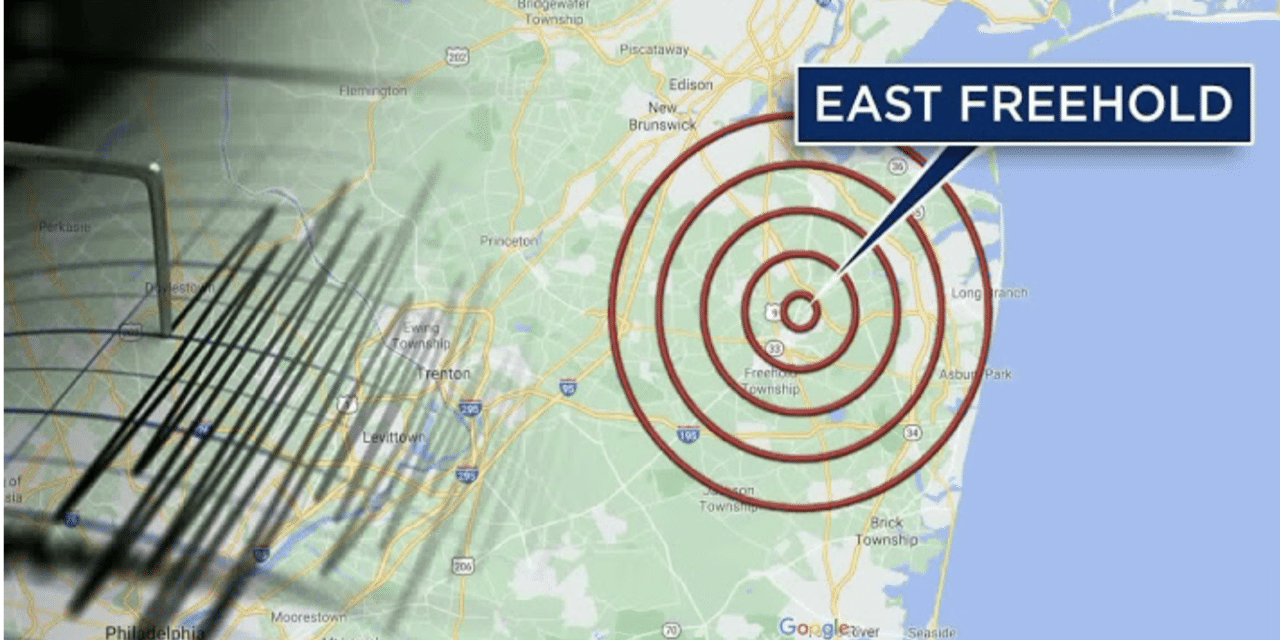 (ETH) – A magnitude 3.1 earthquake has struck New Jersey with the epicenter near southeast of East Freehold and was felt as far away as Philadelphia and Long Island.  “I live in Freehold and I thought something hit the house,” Theresa McAllister said.

According to USGS geophysicist Robert Sanders an earthquake in this region is “relatively uncommon.” and that there are two previous recorded quakes with a magnitude 3.0 and larger within a 10-mile radius of the one in Freehold:

A 3.1 earthquake in 1992 and a 3.5 earthquake in 1979. “It will take a few days or weeks before analysts can see if there’s a specific fault line at cause here,” Sanders said. Sanders stated that structural damage from the quake is possible but unlikely and damage would likely be things falling off shelves.

There were at least 125 calls in a half-hour span into the 911 call center and the USGS is reporting more than 5,500 people that have submitted “Felt It” reports online. The New Jersey Department of Environmental Protection says the state is probably overdue for a more significant earthquake,

such a quake would be likened unto the magnitude 5.5 earthquake that struck in 1884. The department warns that if such a quake were to strike today it would result in “severe damage” and would “likely” cause fatalities.