Revival is sweeping across NJ, NYC, and Boston as move of God shakes the East Coast 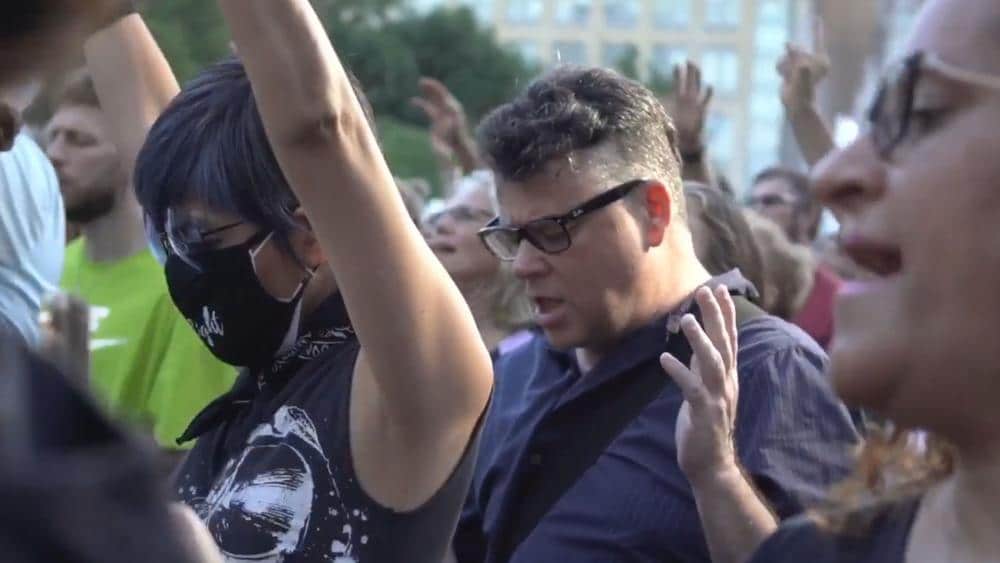 (ETH) – Revival is reportedly sweeping across multiple states and shaking the East Coast of the US as Huge gatherings of people have stepped into the light of salvation in what is being deemed as a “move of God”.

According to a report from CBN News, Worship leader Sean Feucht and Dr. Charles Karuku with International Outreach Church has brought outdoor revival meetings to New Jersey, New York, and Massachusetts. Rainy weather and all, worshippers still chose to gather in Lincoln Park, NJ on Friday where the faith leaders shared a message of peace and hope.

“We feel like this rain delay is only making us even more hungry and more passionate,” Feucht declared. “This is the stuff worship dreams are made of.” One of the attendees that were present was seen carrying a sign that said “Worship is Warfare” – a testament to the belief that America is facing an escalating spiritual battle these days.

Dr. Karuku described the occasion as a “move of God” after 29 people were baptized on Saturday night in NYC, including a family of five. “We had people getting born again. We kept on baptizing people,” Karuku added. “We baptized an entire family of five – it was awesome. They all gave their lives to Christ and they came to be baptized.”

This move transpired only Just days after, Dr. Karuku was in Kenosha, Wisconsin leading the “Riots to Revival” movement where baptisms and worship reportedly filled the streets following violence and protests that rocked the city.

“A revival is when God begins to tug on the hearts of people and call them back to repentance,” Karuku explained in the video. “When God begins to be the first love of His people, that is the spark of love in the hearts. It is the revival of the hearts.” The worship event was said to fill the streets of Boston on Sunday where the Holy Spirit drew even more people to give their lives to Christ.