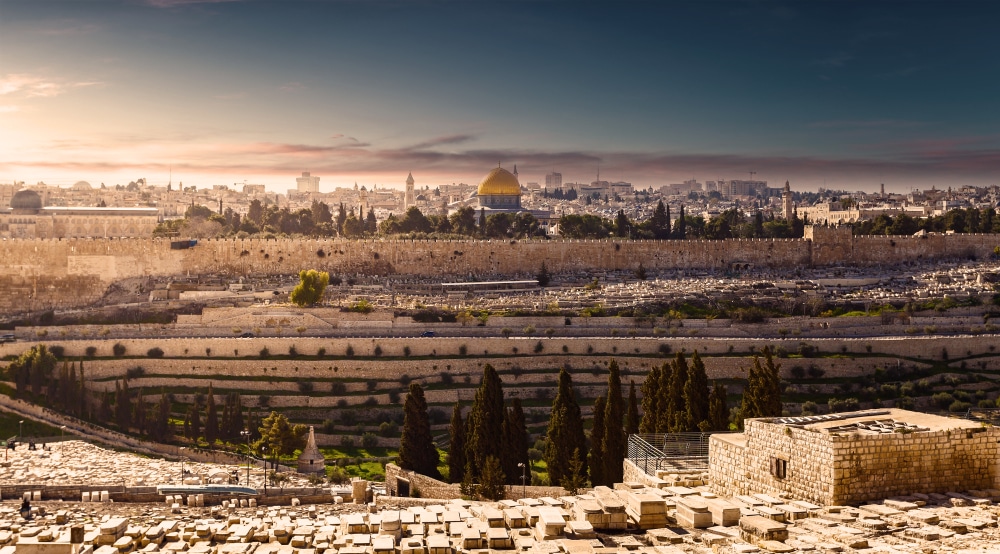 (ETH) – More preparations are being made for the long-anticipated “third temple” in Jerusalem as a new report is indicating that showbread is now being prepared for the awaited service in the future “third temple” according to BIN.

Lechem Hapanim in Hebrew (literally, the bread of the faces), the ancient art of preparing the showbread for use in the Holy Temple in Jerusalem has not been practiced for close to 2000 years. During the Second Temple period, the showbreads were baked by the Garmu family of Levi’im (Levites). Each Friday, the Garmu family baked a new set of 12 loaves.

Each of the loaves represented one of the 12 Tribes. They were placed on the Temple’s golden shulchan (table) in two stacks of six and they remained on the shulchan all week. According to Saidel, these special breads had miracles associated with them during the time the Holy Temples stood in Jerusalem.

Despite the fact that the breads sat out uncovered for seven days, they miraculously remained fresh and warm, even a week later. The showbreads were replaced every Friday and the previous week’s showbreads were distributed among the incoming and outgoing shifts of kohanim (priests assigned to work in the Temple).

Saidel explained that this amounted to 400 or 500 people eating from these 12 loaves. Despite the fact that each kohen (priest) received only a small amount of bread, it miraculously was as filling as if they had eaten an entire meal. Saidel has lived in Israel for 35 years. For the first 25 years after making aliyah (immigrating to Israel), he worked as a computer programmer. READ MORE