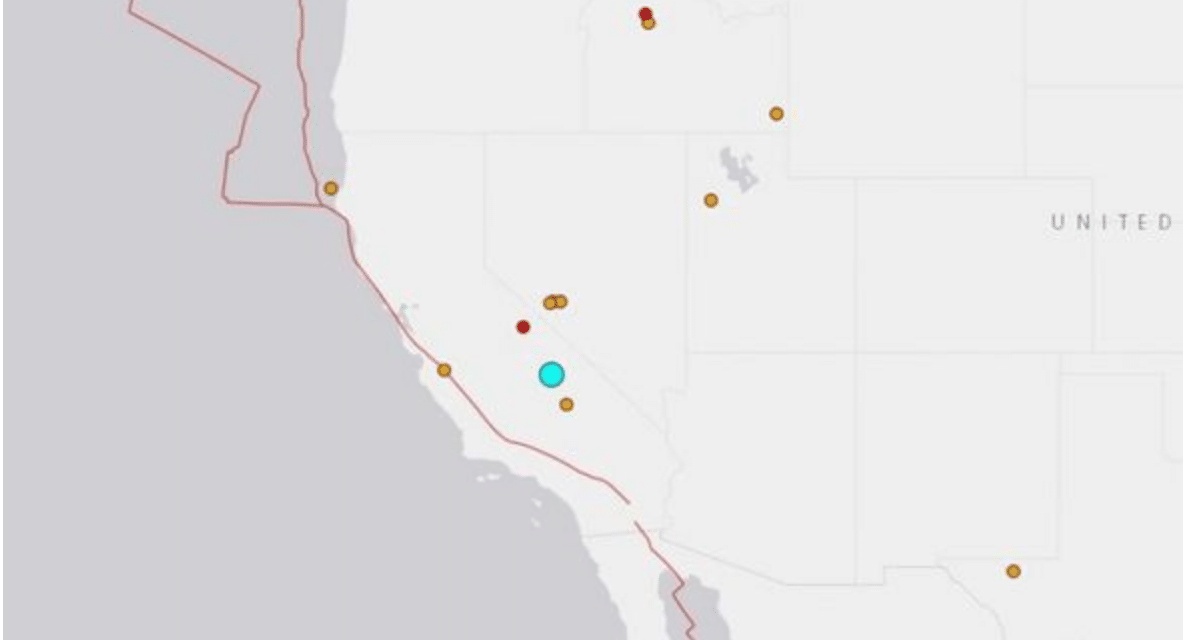 (ETH) – California has reportedly been shaken up by a strong magnitude 6.0 earthquake that has struck near Lone Pine according to Express. According to the report, local residents received an emergency alert on their phones which read: “Earthquake! Expect shaking. Drop, Cover, Hold On. Protect yourself now. – USGS ShakeAlert”.

The USGS stated that the quake struck 17km south-southeast of Lone Pine. The quake was reported to have originated at a depth of 2.9km, with an epicenter around 17 kilometers south-east of Lone Pine. The earthquake was reportedly felt in the Death Valley National Park. Since the initial quake, the USGS has downgraded the earthquake to a magnitude 5.8. Seismologist Lucy Jones went to Twitter and stated:

“We don’t know if an even bigger quake could be coming” “Like every quake, there is a five percent chance of something bigger.” A local affiliate news anchor for Fox26 also reported feeling the earthquake from his Freso newsroom. Sharing a video of the studio’s lights swaying, Michael Ikahihifo tweeted: “We just felt a little shake in our newsroom! Did anyone else feel that?”

Others reported that they also felt the quake in Sacramento and another said they had felt it in Pasadena. On the USGS’s “Did You Feel It?” webpage, almost 9,000 responses were recorded in just 45 minutes. People as far away as Bay Area, San Luis Obispo, and Lake Tahoe were sending in reports of felling the impact of the quake. This quake comes only a day after a powerful 7.4 magnitude earthquake rocked Mexico, near the resort of Huatulco killing at least six people, damaging hundreds of homes, and injuring two people in Mexico City, more than 300 miles from the epicenter.