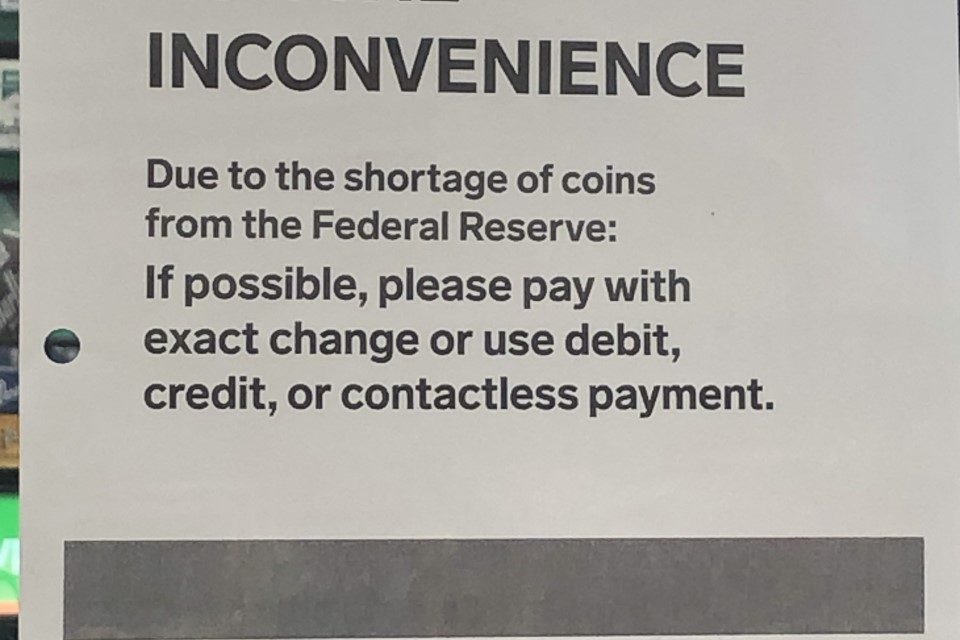 (ETH) – We are seeing more and more stores across the Country report on coin shortages forcing customers to pay in exact change or only by card. The latest is a report from WETM, stating that a local 7-Eleven on Oakwood Ave echoed the same warning to its customers.

According to the report, several residents across Tioga County, Pennsylvania have also mentioned that there’s a coin shortage throughout the area resulting in one Lowes in Mansfield, Pennsylvania, posting signs in their stores to inform their customers before they check out with their purchases.

We are hearing that the national reserve is unable to make coins at this time so all the banks are getting short of coins. This was also the case in Michigan where cash payments were reportedly suspended at Meijer self-checkout lanes due to a national shortage of coins. The report went on to say that Customers who want to pay with cash will have to visit Meijer’s staffed checkout lanes instead. The change has gone in effect at most of Grand Rapids-based retail giant’s 250 supercenters.