State of emergency declared and evacuations underway for 10,000 residents in Michigan after dams fail 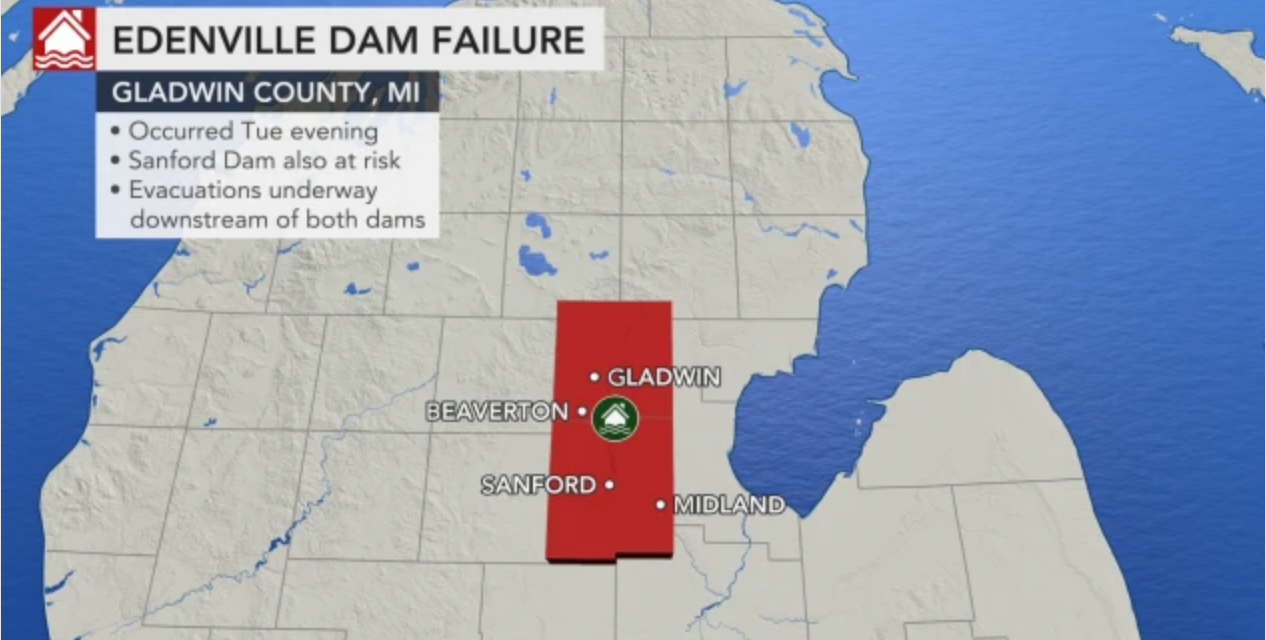 (ETH) – The Edenville and Sanford Dams have reportedly failed in Michigan prompting Governor. Gretchen Whitmer to issue an emergency declaration in Midland County, resulting in thousands of residents forced to immediately evacuate their homes on Tuesday.

According to a report from Accuweather, Downtown Midland could potentially be sitting under 9 feet of water by Wednesday morning, according to Governor. Whitmer during a recent press conference on Tuesday night following the two dams collapsing.  The report went on to state that a flash flood emergency is also in effect for the areas downstream, which includes Midland City and Freeland, Michigan.

The Midland County emergency management has told residents in Midland City, Michigan, who are located west of Eastman and south of US 10, to evacuate immediately on Tuesday afternoon, according to NBC25.

The cause of all of this was a slow-moving storm that hammered Michigan with heavy rains over the period of several days, triggering fear of imminent dam failure and flood warnings across the state resulting in at least two rivers in mid-Michigan, the Tittabawassee River in Midland and the Rifle River near Sterling, to reach their major flood stage on Tuesday afternoon, sending dams past their limits.  MORE