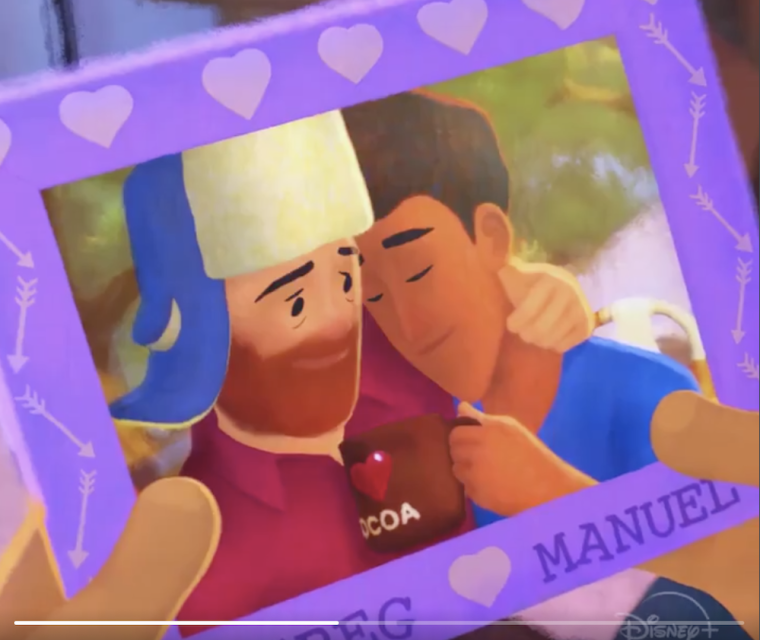 (ETH) – Pixar has just officially revealed its first gay main character on Friday from its new short film “Out.” The new film has a story plot of a man named Greg who struggles with coming out to his parents as gay before moving in with his boyfriend, Manuel according to a report from the Christian Post.

The report states that Greg switches bodies with his magical pet and gets to hear what his family really thinks about his love interest. “Holding Jim’s (his dog’s) collar, Greg casually wishes aloud that he was a dog, and the minds of Greg and Jim magically switch bodies. ‘Greg’ runs outside to play in the yard, where his stoic father is lighting the grill.

‘Jim’ tries to get to him, while also frantically trying to prevent his eagerly helpful mother from finding the photo [of him and Manuel],” the film’s synopsis reads. “‘Jim’ suddenly realizes that [his mom] not only already knows that he is gay, but she also accepts it.” Disney+ officially announced the film on Twitter, calling it “heartwarming.”

In the tweet from Disney, there is also a clip of Greg in his bedroom, going over how he is going to break the news to his parents that he’s gay. His dog, Jim, is also seen in the clip rushing around the house hiding evidence of Greg’s same-sex relationship.