Supermoon to Appear on Purim, then Passover: ‘An Omen Signaling Imminent Return of Davidic Dynasty’ 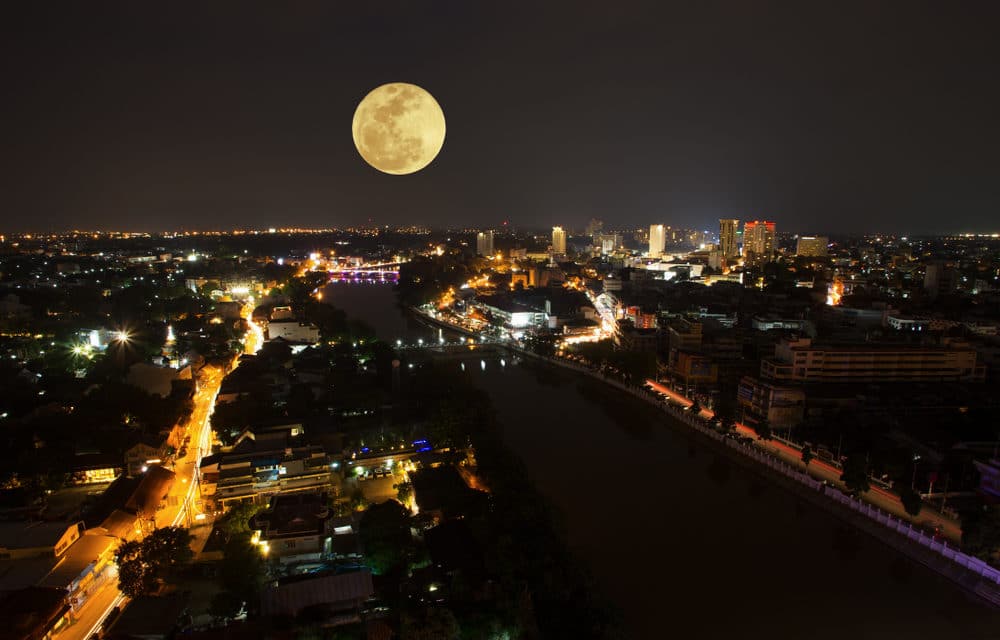 OPINION (BIN) – The first supermoon of 2020 will appear on Monday evening as the holiday of Purim ends and the second day referred to as Shushan Purim begins.  A supermoon occurs when the full moon coincides with the perigee — the closest that the Moon comes to the Earth in its elliptic orbit — resulting in a larger-than-usual apparent size of the lunar disk as viewed from Earth. A full moon at perigee appears roughly 14% larger in diameter than at apogee and appears up to 30 percent brighter. Supermoons usually appear 3-4 times each year.

The holiday of Purim was set for the 14th day of the Hebrew month of Adar. As per the Book of Esther, the Jews who lived in Shushan celebrated Purim on the 15th of Adar. These two dates were established in perpetuity. The sages established this rule for other cities that were similar to Shushan, that is to say, walled cities that existed when Joshua entered Israel after the Exodus from Egypt. Along with Shushan (which is located in modern-day southwestern Iran), this includes Jerusalem, Jericho, and, according to some opinions, Jaffa and Tiberias.

Purim also coincides with the vernal (spring) equinox when the Sun crosses the celestial equator – the imaginary line in the sky above the Earth’s equator – from south to north. On the equinox, the day and night are each about 12 hours in length everywhere on Earth. READ MORE