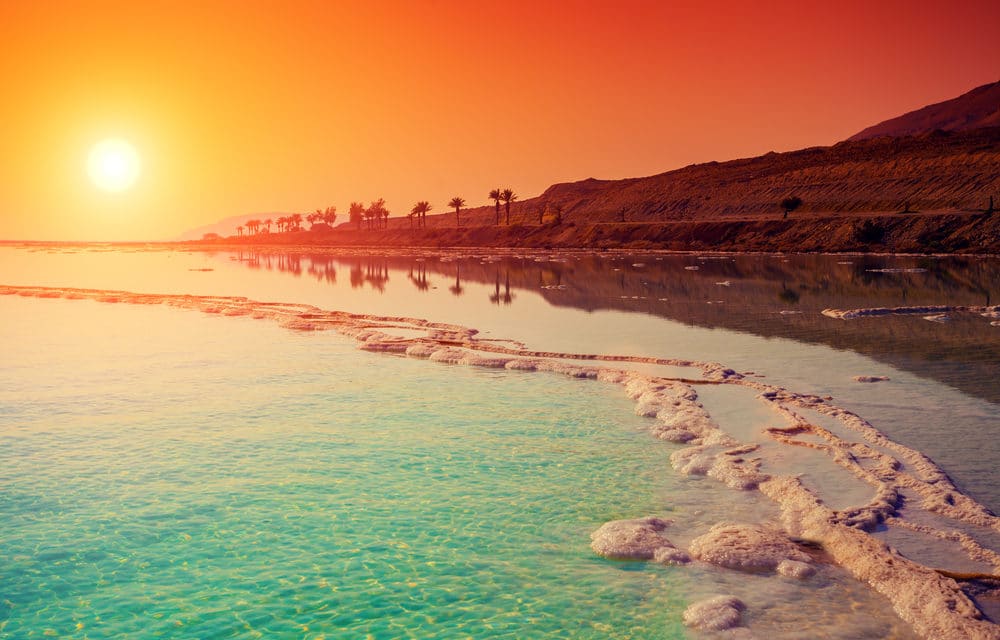 For those who have visited the lowest point on the face of the earth, Ezekiel’s end-of-days prophecy of the Dead Sea coming to life seems impossible, yet recently, scientists have been shocked to discover that the sinkholes appearing around the sea are quickly filling up with fish and other forms of life previously unseen in the inhospitable region. The Dead Sea has reportedly bloomed a colorful floral landscape for the first time prompting many to say it is is fulfilling a prophecy from the Book of Ezekiel.

And now, another rare life form has been witnessed across the northern shoreline of the Dead Sea – colorful floral landscapes. Thanks to Israel’s record rains, the breathtaking flower trails have sprouted from the cliffs to the shoreline of the Northern Dead Sea area. The four-mile stretch from Kibbutz Kalya to Ovnat is alive with newly formed fields of annual species whose seeds can lay dormant in the desert for years until there is enough water for them to sprout.

Known as the Dead Sea in English because of its hypersaline environment (37% salinity – almost ten times saltier than the ocean) and scarcity of aquatic life, Israeli photojournalist Noam Bedein of the Dead Sea Revival Project says that the term Dead Sea – “a political term used mostly by the Romans” – is a misnomer. MORE