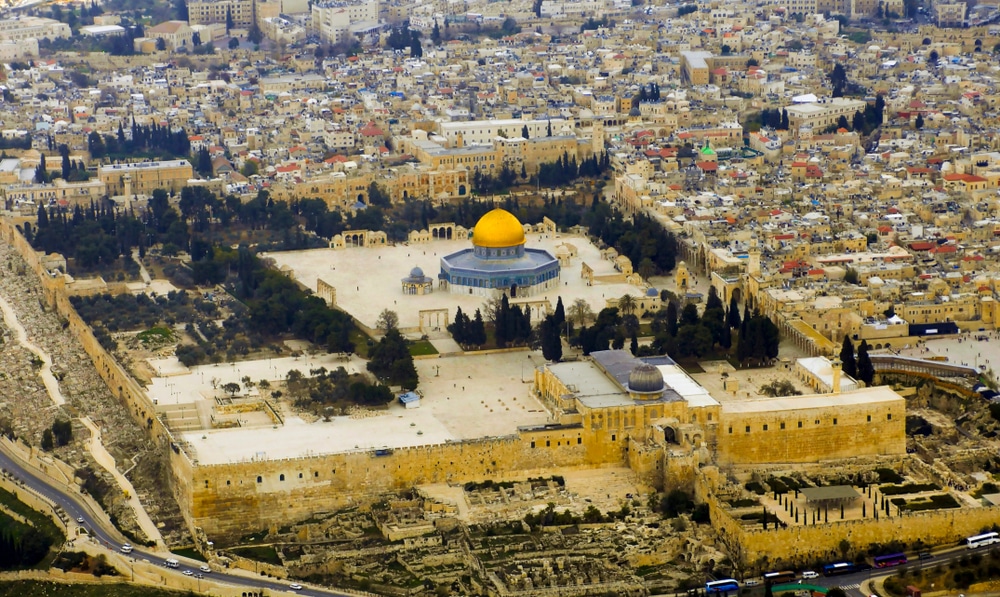 OPINION (BIN) – A Palestinian “expert” appeared on official PA television, repeating a libelous claim that has become the battle-cry of terrorists. The “expert” managed to fit several other false claims into his few minutes in the spotlight including misidentifying the Muslim building that stands on top of Solomon’s Temple.

Official PA TV reporter:
“There is construction work taking place under the Al-Aqsa Mosque to build the alleged Temple of Solomon…”

Expert on international law Dr. Ibrahim Al-Rabi:
“Regarding this [Western] wall that the Jews claim is the remains of the Temple of Solomon – it must be understood that UNESCO has said that this wall has no connection to Jews, but is rather an Islamic heritage. In other words, it is subject to Palestinian rule and the Jews have no right to it.” FULL REPORT