Massive fireball seen over Puerto Rico a Harbinger of coming “BIG ONE”? 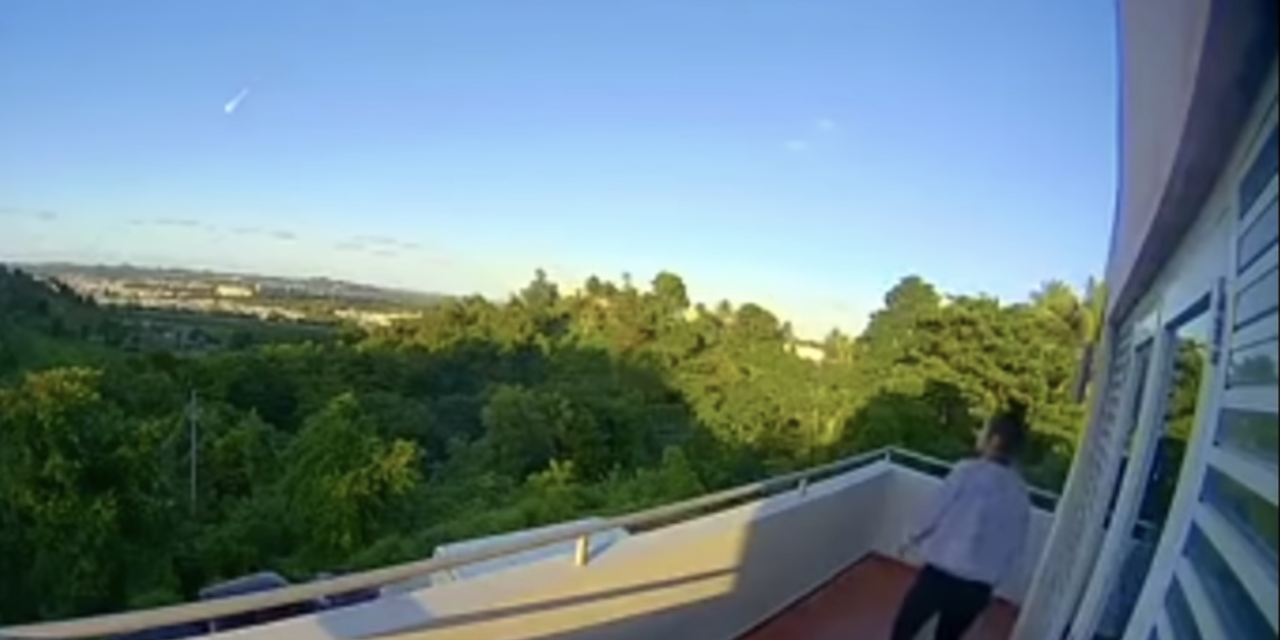 (OPINION) Strange Sounds – A large fireball disintegrated in the sky over Puerto Rico on January 17, 2020 afternoon. The meteor was so bright that it was captured on an NOAA satellite and residents are wondering if it could a sign that the Big One is coming.

While the disaster-stricken Puerto Rico is currently experiencing an almost unprecedented earthquake swarm, a bright fireball exploded across the sky in Puerto Rico Friday afternoon, prompting local residents to speculate if it was a bad omen. The NOAA satellite captured the brilliant space rock exploding over Puerto Rico at around 4:30 p.m. EST time Friday. FULL REPORT