Family claims they can’t get rid of ‘haunted’ Elsa doll 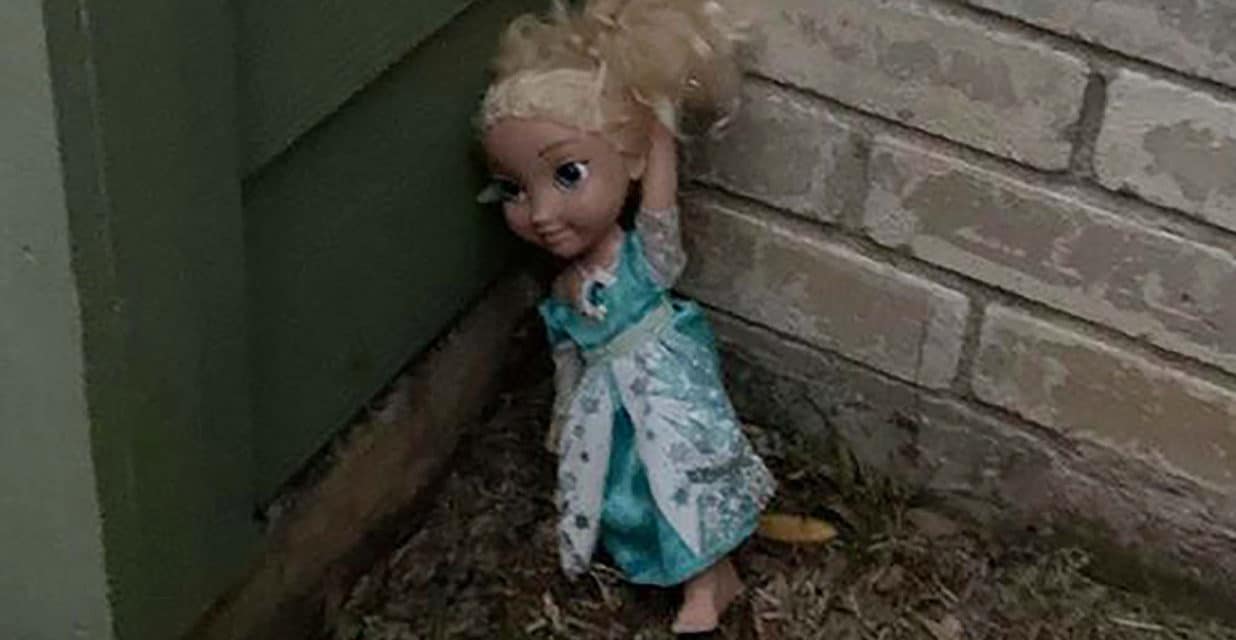 (NYP) – This family is “haunted” by an Elsa doll that won’t let them go. The Madonia family from Houston, Texas can’t seem to get rid of their Elsa doll from “Frozen.” Emily Madonia wrote on Facebook that the doll she gave her daughter in 2013 kept returning home after several attempts of throwing it out.

“Mat threw it away weeks ago and then we found it inside on a wooden bench,” Madonia wrote in a Facebook post last Thursday. “Okay…so we were weirded out and tightly wrapped it in its own garbage bag and put that garbage bag INSIDE another garbage bag filled with other garbage and put it in the bottom of our garbage can underneath a bunch of other bags of garbage and wheeled it to the curb and it was collected on garbage day.”

Even after this elaborate plan to throw the doll away, it reappeared. The Madonia family went out of town and came back to find Elsa hanging out in their backyard. Madonia knows the doll that keeps showing up is the original and not a replacement thanks to some marker on it from her daughter’s coloring over the years. The family initially thought the incident was some kind of prank. Now, they’re believing the doll is haunted. FULL STORY