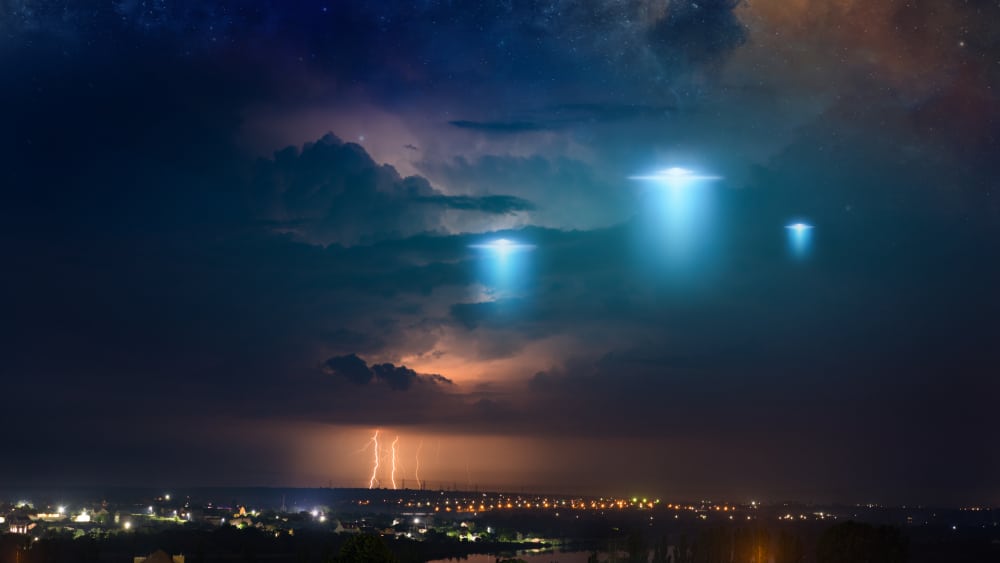 NYP – It’s been a helluva year for Unidentified Flying Objects. Once thought to be fictional works used to sell tabloids, 2019 has been awash with news of UFOs, aliens and strange phenomenon — including reports (complete with video) from verifiably sane sources. In May, the Pentagon admitted it investigates UFOs soon after Navy pilots claimed to not only have seen but recorded UFOs during training exercises in 2004 and 2015. In November, another report in Popular Mechanics confirmed that after the 2004 incident, two “unknown individuals”

took the data tapes away and wiped the memory from the Navy hard drive. Meanwhile, just around the time the Popular Mechanics report was released, unidentified flying objects were captured on video off North Carolina’s Outer Banks and the Army announced a partnership with Blink-182 frontman Tom DeLonge’s To the Stars Academy to research alien technology. But while astronomers say humans finding aliens may take a long time — 2019 was a particularly active year for UFOs visiting Earth. READ MORE