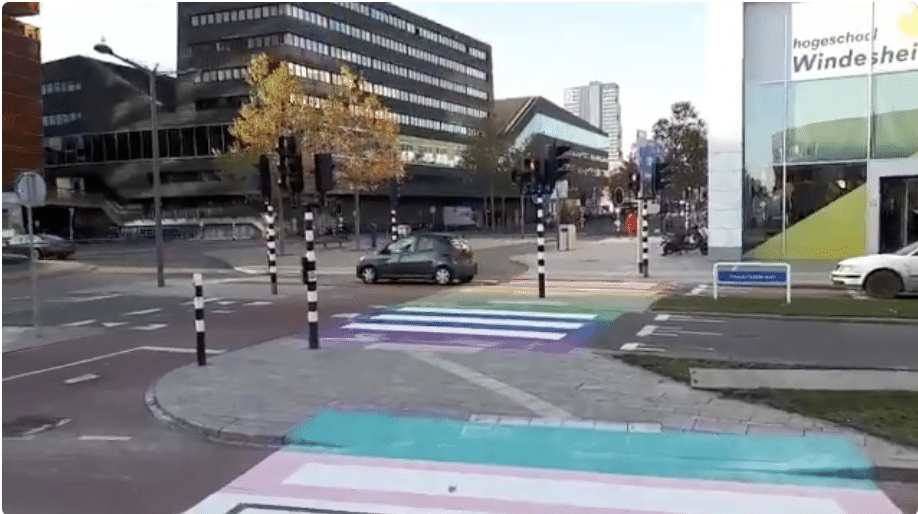 (RT) – A city outside of Amsterdam has the unique distinction of possessing the first-ever ‘transgender’ crosswalk. The colorful zebra crossing has left social media users scratching their heads. Almere opened its tri-color pedestrian walkway in a show of support for transgender people.

Purportedly the first of its kind, the crosswalk is painted pink for girls, blue for boys, and white for those who feel that their biological sex doesn’t reflect who they really are. Alderman Jerzy Soetekouw said during the crosswalk’s opening ceremony that “everyone can be who they want to be” in Almere.

“It is a city where everyone can feel valued, including the Rainbow community,” he added. “Can I walk over it as a straight man?” one netizen wrote. “Or is it only for LGBTQRSTUVW-ers?” “As a * trans * woman, I find this pointless and unnecessary. Is there also a Hetero crosswalk or a gender-neutral crosswalk?”wrote another commenter. READ MORE