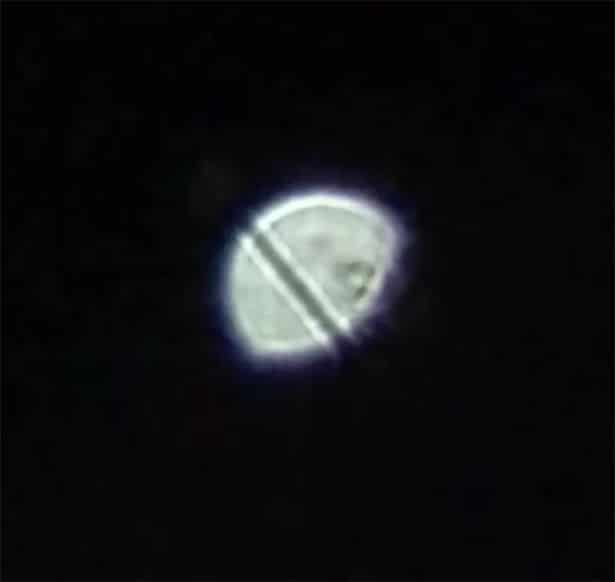 (DS) – Baffling footage of a circular object in the sky above New York City has been likened to the Death Star from Star Wars by stunned conspiracy theorists. The video begins with the view of the famous skyline of the city in New York, US. A bright light then comes into shot above the buildings, as cameraman Mauricio Lopez voices his thoughts. “I’ve got something in the sky, a blinking red light,” he says. “I believe in UFOs and I think I’ve got one right now.”

When he zooms in, the object appears to have terrain on its surface – shown by the dark and light colors. It also seems to have a black line striking through it, sparking the viewer to claim: “This is not a star, either.” The object appears to then change color from white to red and at one point even seems to vanish from view before reappearing. Mauricio posted the footage to YouTube on September 25 with the caption: “UFO over New York City”. READ MORE