UPDATE: Woman who licked tub of ice cream faces up to 20 years behind bars 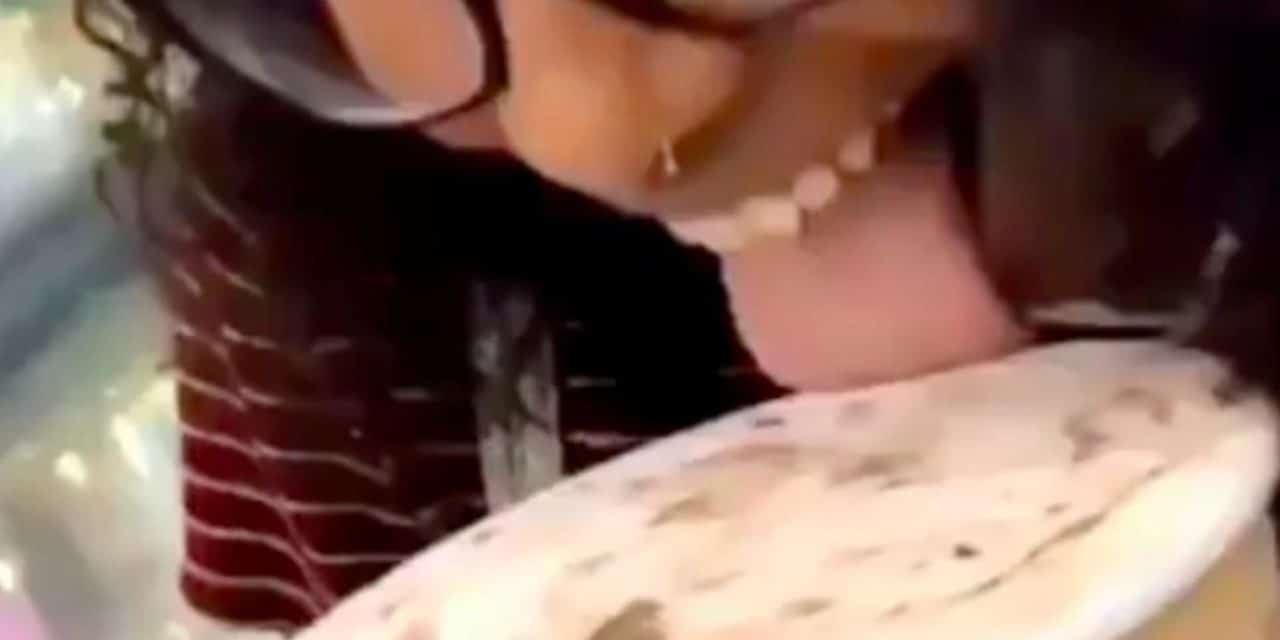 (WOWK) – A woman in Lufkin, Texas walked into her local Walmart, opened a container of Blue Bell, licked the ice cream and then put the container back in the freezer. Now, she faces up to 20 years in prison. The woman can be seen in a viral video posted on Twitter on Saturday. The person recording can be heard saying, “Lick it, lick it. Oh, you foul. Put it back, put it back.” Blue Bell put out a statement on Monday that confirms the ice cream that was licked was never sold. “Our staff recognized the location in the video, and we inspected the freezer case,” the statement reads.

“Based on security footage, the location and the inspection of the carton, we believe we may have recovered the half-gallon that was tampered with. Out of an abundance of caution, we have also removed all Tin Roof half gallons from that location.” “Food tampering is not a joke, and we will not tolerate tampering with our products,” the statement concludes. Blue Bell creameries said they told the police as soon as one of their employees was able to identify the store where the incident took place. Lufkin Police detectives believe they have identified the woman based on surveillance footage, READ MORE

A television station licensed to Huntington, West Virginia, United States. Owned by Nexstar Media Group, it serves as the CBS affiliate for the Charleston–Huntington television market, which also covers portions of southeastern Ohio and northeastern Kentucky.