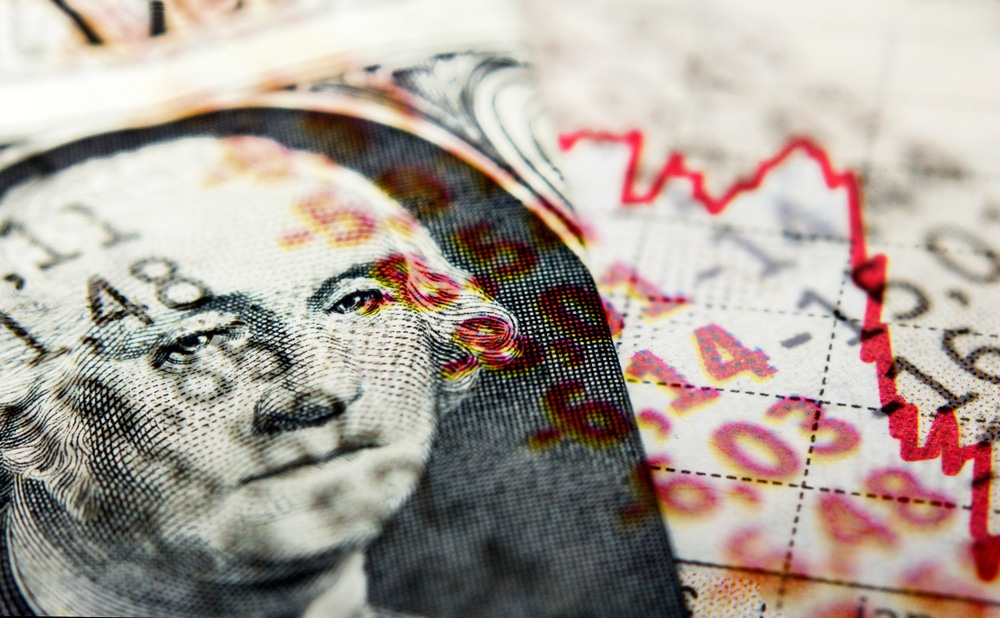 (CNBC) – Recession risk is rising, according to Bank of America. Based on the most recent data, the bank’s global economist now sees a greater than 30% chance of a recession in the next year. “Our official model has the probability of a recession over the next 12 months only pegged at about 20%, but our subjective call based on the slew of data and events leads us to believe it is closer to a 1-in-3 chance,” Bank of America’s head of U.S. economics Michelle Meyer said in a note to clients Friday. Uncertainty around the U.S.-China trade war and a global economic slowdown have caused interest rates to tumble and weighed on

the major stock averages in recent weeks. Last month’s jobs report showed a strong consumer, but business investment is low as investors and business owners juggle new tariffs and fiscal policy uncertainty. Alongside this “policy ping pong,” Meyer said some economic indicators are “flashing yellow,” signaling a coming recession. For one, the yield on the 10-year Treasury yield dipped below the yield on the 3-month, inverting part of the yield curve. This inversion, although a recession indicator, is not as worrisome as an inversion of the 2-year yield and the 10-year yield, which has yet to occur. READ MORE