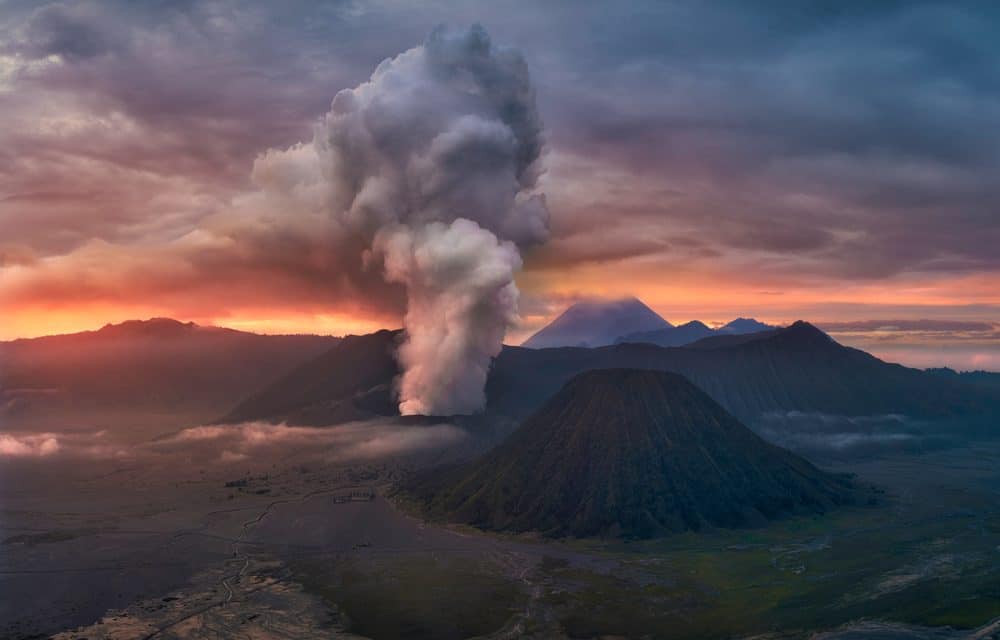 (DW) – On Friday afternoon, a volcano in southern Indonesia erupted, spewing ash as high as 650 feet into the air, according to the country’s National Board for Disaster Management. The ash from the eruption of Mount Tangkuban Parahu landed as far as 6,500 feet away, reports ABC. The volcano is situated approximately 18.6 miles north of Indonesia’s third-largest city of Bandung in West Java. As of publication, no casualties have been disclosed. However, 9News reports that two individuals were taken to the hospital with “breathing difficulties.”

According to authorities, there were only about 100 people nearby, which led to a swift evacuation effort. Photos and videos showing the aftermath of the eruption have flooded social media: Popular with tourists, Mount Tangkuban Perahu near Bandung has erupted. Ash rains down. The eruption of Mount Tangkuban Parahu comes just a month and a half after another Indonesian volcano, Mount Sinabung, sent plumes of ash into the skies above North Sumatra, about 56 miles southwest of the city of Medan. Although that eruption sent ash approximately 4.3 miles into the air, no casualties were reported. READ MORE