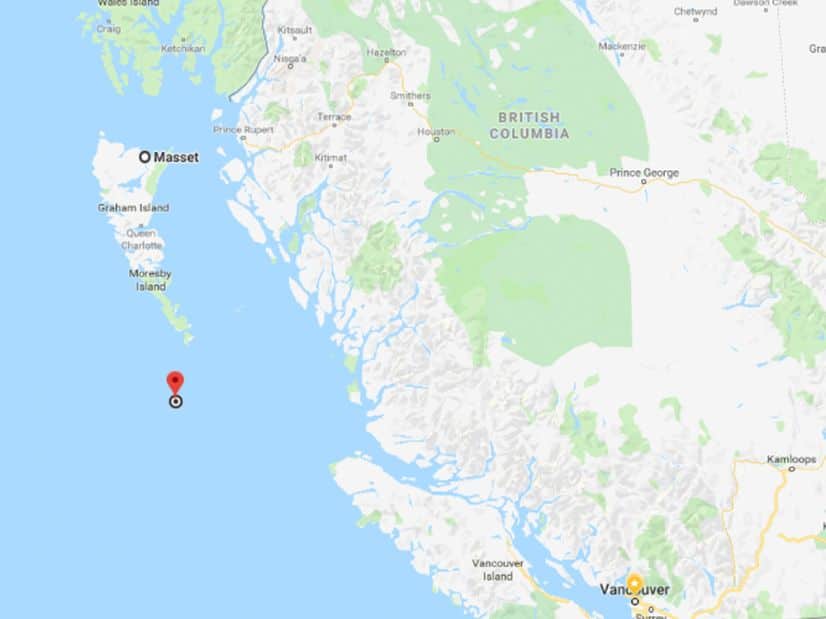 (VS) – An earthquake measuring 5.1 hit 220 kilometers west-southwest of Bella Bella on B.C.’s north coast on Friday. Earthquakes Canada says there are no reports of damage and a tsunami is not expected. The quake, which struck at 5:58 a.m., was the second significant earthquake to hit the region this week. A 6.2-magnitude earthquake hit the Haida Gwaii archipelago off the West Coast on Wednesday night. There were no damages reported following Wednesday’s quake.

The U.S. Geological Survey reported that quake’s epicenter was 196 km west-southwest of Bella Bella. Smaller quakes were also felt near Port Hardy and the village of Queen Charlotte Friday morning. Meanwhile, in California, Governor Gavin Newsom declared a state of emergency after a 6.4 magnitude quake, the most powerful in Southern California in 25 years, struck about 182 km northeast of Los Angeles near the city of Ridgecrest at around 10:30 a.m. on Thursday, according to the U.S. Geological Survey (USGS). READ MORE

A daily newspaper first published in British Columbia on 12 February 1912. The paper is currently published by the Pacific Newspaper Group, a division of Postmedia Network. It is published six days a week, Monday to Saturday.