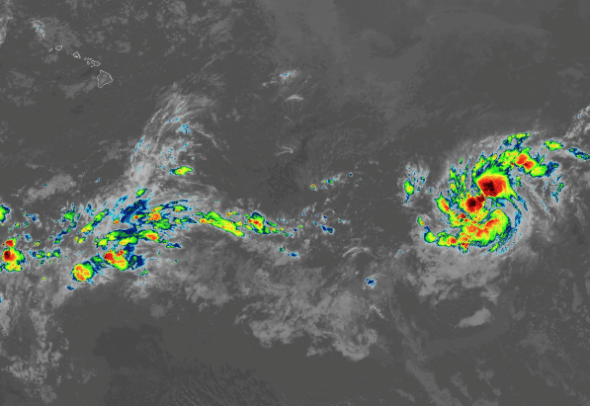 (AccuWeather) – Tropical Storm Erick is forecast to become the eastern Pacific Ocean’s latest hurricane as it wanders westward toward Hawaii this week. The basin’s most recent named system organized into a tropical depression over 1,000 miles southwest of Baja California early Saturday morning, local time, before quickly strengthening to a tropical storm. Erick is expected to intensify into a hurricane early this week as it remains in an environment with very warm water and weak wind shear, two factors that promote

the strengthening of tropical systems. Erick would become the third hurricane of the 2019 East Pacific hurricane season, following Alvin and Barbara. Barbara brushed past Hawaii as a tropical rainstorm in early July. While it is too early to determine whether Erick will pose a direct threat to Hawaii, rough surf and increased rip currents will impact the Big Island at the very least, according to AccuWeather Senior Meteorologist Carl Erickson. READ MORE