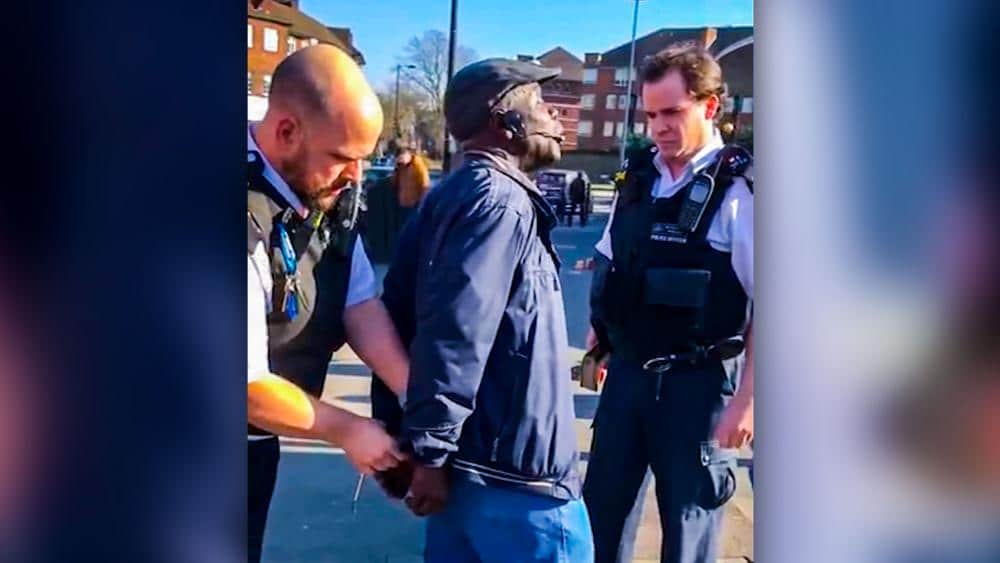 (CBN) – A Christian street preacher named Oluwole Ilesanmi has just been awarded $2,500 (about $3,100) by Scotland Yard for his wrongful arrest in the UK in February when he was falsely accused of ‘Islamophobia’. As CBN News previously reported, phone video of his arrest went worldwide on social media. London’s metropolitan police removed the preacher from his location and transported him over five miles away in order to stop him from preaching the gospel. The viral video of the incident showed police yanking a Bible from Ilesanmi’s hand, while he was pleading “don’t take my Bible away. All I wanted was for them to understand the Word of God.”

Olu was preaching outside Southgate Underground Station in North London when he was approached by police and arrested for “breaching the peace.” After marching out of the area, law enforcement transferred him by car to a remote location over five miles away from where he was released. Lost and with no money, it was only through the kindness of strangers that Olu managed to find his way back to Southgate. The police dropped Olu off at the edge of their jurisdiction at Wrotham Park outside of the London transport zone. He found himself penniless and unable to navigate back to a familiar area. READ MORE