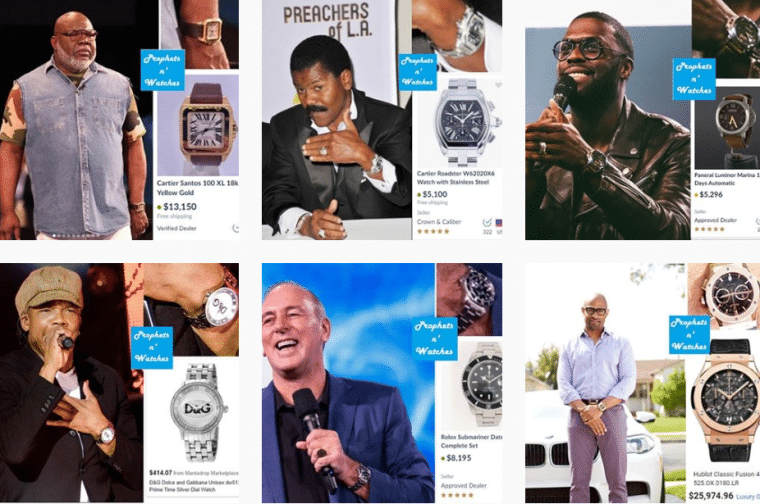 from less than a hundred dollars to tens of thousands. Megachurch Pastor T.D. Jakes, who recently announced the launch of his Jakes Divinity School, is featured on the platform wearing a $13,000 Cartier Santos 100 XL 18k yellow gold watch. “One of the few preachers I’ve featured I actually listen to [on] the Reg, My boy T.D. out here rocking the illest of vintage Cartier’s. The Santos 100 XL had a surprisingly hard time selling when it was released but has become heavily sought in the vintage market, especially since the new De Santos was released last year. I’m glad to see T.D. has an eye for something like this!” the ProphetsnWatches operator noted Monday. READ MORE