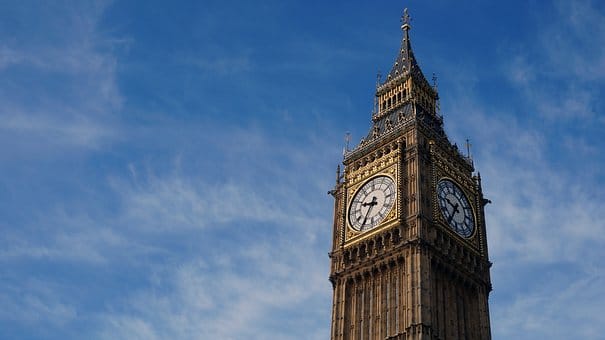 (The Sun) – Sick ISIS supporters have threatened to bomb London and New York and attack a plane in a series of chilling posters. The terror fanatics shared an image of Big Ben in London’s Palace of Westminster exploding in flames, with a caption saying: “Coming soon”. New York’s Manhattan Bridge appeared to be another target as one of the posters showed a US soldier fleeing from an apparent attack in that area. ISIS supporters also shared an image of a burning plane which appeared to have crash-landed in a river

near a major city. In the poster showing an obliterated Big Ben, a militant fighter can be seen holding a Bazooka-style weapon and surveying the wreckage in the heart of the London. The attacker appears to be standing on Westminster Bridge, evoking horrific memories of the 2017 terror attack which left six dead. A caption on the poster reads: “Kill them wherever you find them and capture them and besiege them and sit in wait for them at every place of ambush.” READ MORE