Boris Johnson implores Britain’s allies to give Ukraine all the weapons it needs to defeat Putin, “What the He** is the West waiting for”? 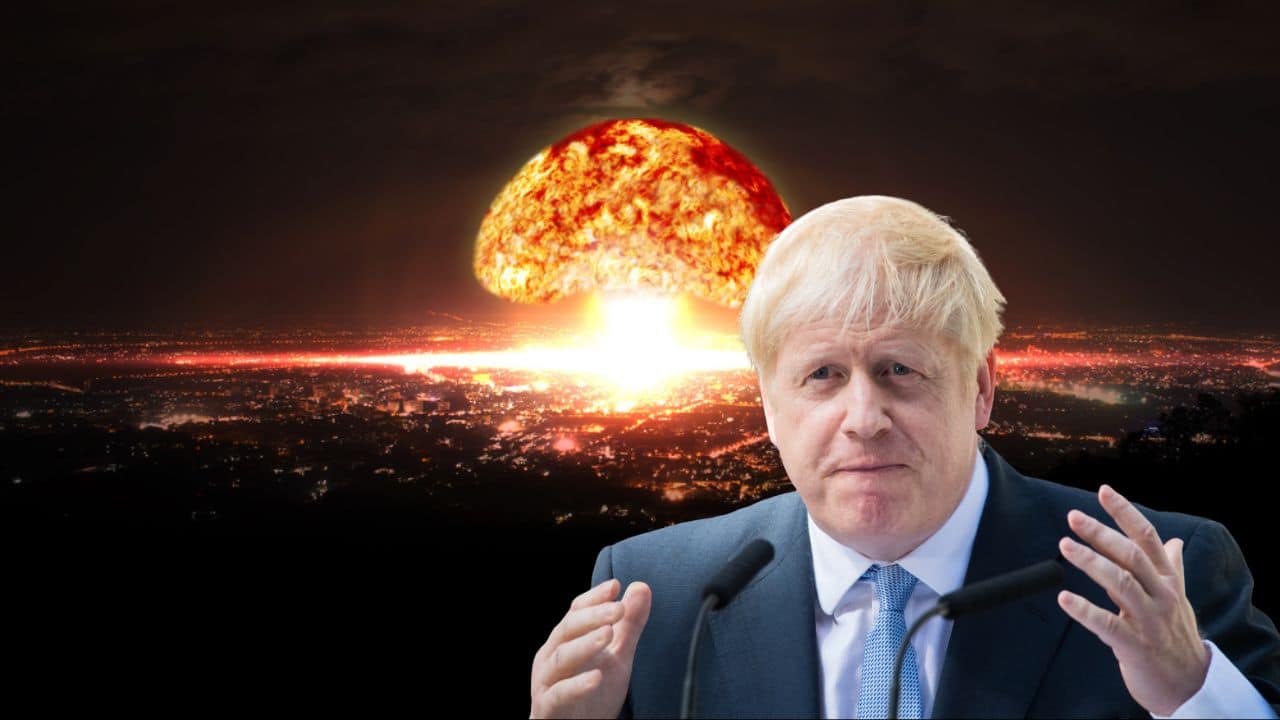 Come with me into the ochre mud of the churchyard in Bucha, past the bullet-riddled church of St Andrew. Stand over the graves of some of the 416 inhabitants of this town – 9 of them children – who were shot by the Russians in an attempt to terrify the rest.

Look at the photos of their corpses, their hands tied behind their backs, left in the street to rot or to be eaten by dogs. Stand with me by the blackened remains of an apartment block in Borodyanka, the twisted plumbing and smashed children’s toys. Look at what just one of Putin’s 500kg airborne bombs can do to an eight-story building.

Try to meet the pleading eyes of the people who pulled 162 corpses from the rubble, and who searched for the 28 whose remains were never found. Look at those brave Ukrainians and answer me this question: just what the hell are we waiting for?

What happened here in the suburbs of Kyiv was sickening. But it is happening in every part of Ukraine that Putin continues to occupy: torture, rape, mass murder.

Though the physical destruction here is awful, it pales beside the crimes that Putin is committing in other parts of the country – flattening entire townships in a typhoon of bombs and missiles.

He has no restraint. He has no scruple. He has long since abandoned the slightest respect for the laws of war – and with every day that goes by, more innocents are sacrificed, more brave Ukrainian soldiers are killed and more young Russians are fed into the maw of his meat-grinder.

So let me pose the question again. What conceivable grounds can there be for delay? Why are we not giving the Ukrainians all the help that they need, now, when they need it?

Let us be in no doubt. Ukraine is winning and will win this war. Ukrainian hearts are high and their determination is hardening every day. Drive around the outskirts of Kyiv, and you will see how ferociously they fought to protect their hearths and homes, and how ludicrously Putin misunderstood his enemy. You see innumerable buildings, crumpled and scarred by Russian tank fire. You see how the tracks of those tanks have ribbed the tarmac of the roads.

You also see the bivouacs and foxholes in the woods, camouflaged with rags, from which the Ukrainians fearlessly ambushed those Russian tanks – blowing them up with shoulder-launched missiles, many of them made in Belfast. You see where they routed what was supposed to be the most formidable army in the world.

The Ukrainian expulsion of Russian troops from Kyiv will go down as one of the great feats of arms of modern times. They did it again in Kharkiv, and again in Kherson.

They can, and will, drive Putin out of the whole of Ukraine. This is now a war of independence, and history teaches us that wars of independence only end one way. The question is when.

The sooner we can help the Ukrainians to their inevitable victory, the sooner their suffering will be over, and the sooner the whole world, including Russia, can begin to recover from Putin’s catastrophe. That requires all of us in the West, all the friends of Ukraine, to double and treble our support. (SOURCE)