UN says Israel must give up nuclear weapons 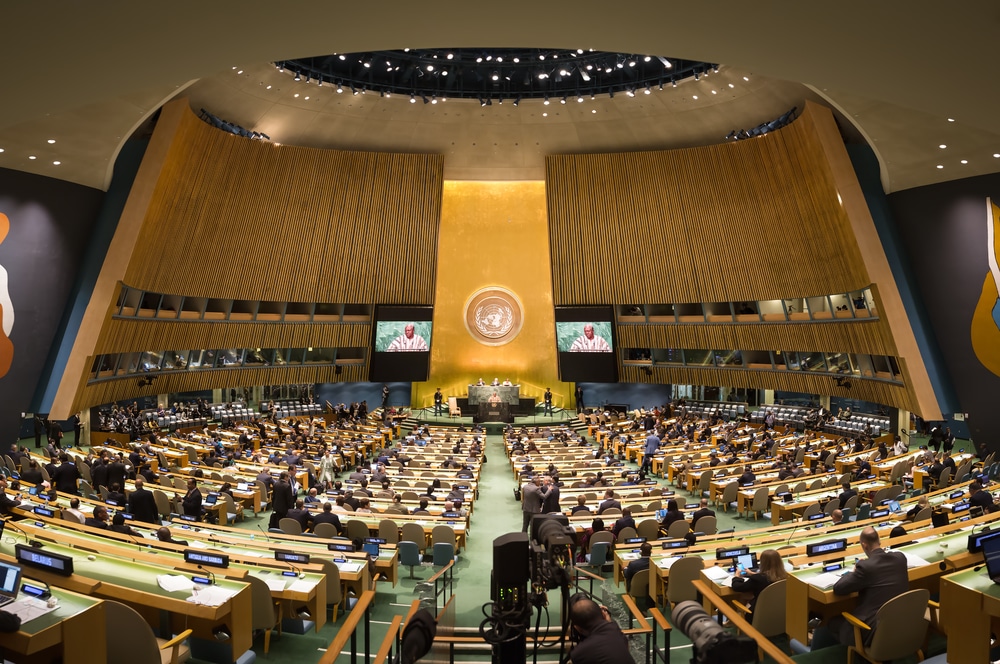 The United Nations General Assembly affirmed that Israel must give up its nuclear weapons in a 149-6 vote taken on Wednesday. An earlier version of the text was approved in the UNGA’s Fifth Committee in October with a 152-5 vote.

Ukraine had voted against Israel in the Fifth Committee, but this time around was absent from the proceedings after it had been criticized for standing against Israel.

Those who opposed the resolution were: Canada, Israel, Micronesia, Palau and the United States. Liberia, which had been absent from the vote in October, changed its position and opposed the text.

Another 26 countries, including India and many European states, abstained from the resolution which is part of an annual package of over 15 anti-Israel and pro-Palestinian texts the UNGA approves.

The Jewish state is believed to be the only one of nine countries to possess nuclear weapons and the only one in the region, even though it has never admitted to having such an arsenal.

The resolution presumes that Israel has such weapons. It calls on Israel to “not to develop, produce, test or others acquire nuclear weapons” and to “renounce possession of nuclear weapons.”

The resolution also called on Israel to accede to the Non-Proliferation of Nuclear Weapons treaty and to place “all its nuclear facilities under comprehensive International Atomic Energy safeguards. Israel, along with India, Pakistan and South Sudan has not signed the treaty.

The resolution was put forward by the Palestinian Authority and 20 countries, including Israel’s allies in the Middle East such as Egypt, Jordan, Bahrain, Morocco, Sudan and the United Arab Emirates.

It was voted on just as Israel’s Ambassador to the UN Gilad Erdan and his Emirati counterpart are leading a joint mission of ambassadors to the UN on a visit to the Jewish state.

The resolution itself was part of a slew of dozens of texts that deal with the issue of nuclear weapons and nuclear proliferation, in which Israel at times opposed or abstained.

It was the only country to vote against a resolution calling for the establishment of a nuclear-free zone in the Middle East, a text that had the support of 175 out of the UN 193 nations. (SOURCE)