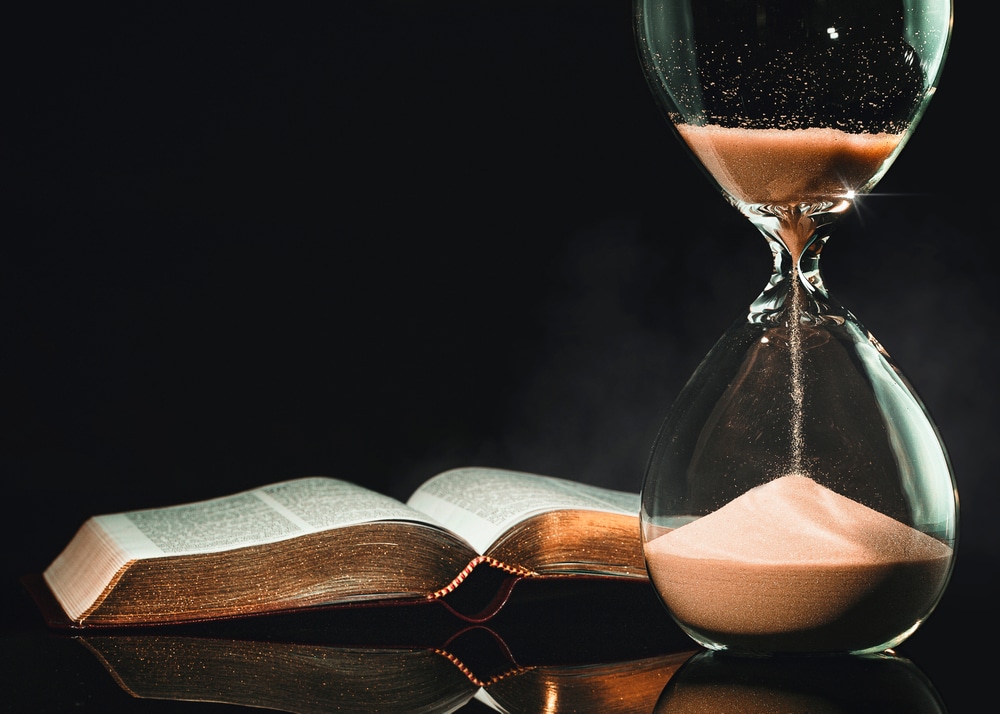 (OPINION) Reflecting back on 2022, I found myself in the same yearly predicament. How do we select the ten top stories of the year when, in reality, there were ten prominent happenings during the year as the last days wind down? Let me share some that I feel are worth discussing. All of them have prophetic implications.

1. The Rise of the World Economic Forum (WEF) Cabal and their Rush to Global Government

Ten years ago, had you heard of Klaus Schwab? How about Yuval Noah Harari? Were you tracking them even five years ago? Of course not. Today many are aware of this crowd and their one-world intentions. A lot of our readers understand this is the true shadow government. Revelation 13 outlines their scheme well.

2. The Stirring Up of the Spirit of the Antichrist

We all see the new lawlessness and rebellion in every aspect of society! Its current overdrive was sparked in my hometown, Minneapolis, in May, 2020 with the George Floyd ordeal. Now police forces are reduced, criminals face no bail, and prosecutors encourage more lawlessness. But the spirit of the Antichrist is everywhere–in our government, in our schools, and more. It is priming the pump for the real Antichrist.

That has been the mantra in the Western world for almost three years. Trust the government for vaccines, to properly handle pandemics and other health issues, and to keep you well! Millions bought into it. Millions will now transition from trusting government to trusting the Antichrist.

4. The Rise of the Green Dragon: The Worship of Mother Earth

Entire continents have caved to the religion of climate change and environmentalism. They worship mother earth rather than loving Father God. Joe Biden wants to block the sun to fight global warming. In the name of saving energy, farmers in Europe are being put out of business, an action that is inviting a famine. Sane people know this is lunacy, but they are helpless when their governments mandate foolishness.

Why are we surprised when our authorities tell us cash is going away? A cashless system plays a prominent biblical end-time role. More than 100 nations are exploring CBDCs, according to the IMF. The Biden Administration is pushing this. It is being portrayed as the answer to many of the world’s problems! We could see it in 2023.

6. The Decline of America, Rise of Radical Liberalism, and Lack of a World Leader

Although it’s tough to watch, America is in decline. At the same time, name even one global leader. Leftists are trying to make America a liberal paradise like Venezuela. Sadly, the result is more like a banana republic. Progressives are attempting to accomplish what every other Socialist/Communist country has: Destroy the middle class, obtain unending power, create a permanent welfare state, and create total dependence. You can’t have a superpower when the goal is global government.

7. Christians Are Canceled; Jews are Under Attack

When Sam Brownbeck’s National Committee for Religious Freedom needed a bank account, they went to J.P. Morgan Chase. They quickly realized their account was closed! They are fighting back. At the same time, Jews are under attack in many countries. Assaults have increased over 100% in the last year. New York City attacks against Jews are up 125% in the last year. The “people of the book”, Jews and Christians, are hated as the Bible foretold.

8. The Rise of Strong Delusion and Global Deception

How else do you explain the rage that girls can become boys and boys can become girls? That men can join women’s sports and change clothes in the ladies’ locker rooms? And that all of this is totally normal and healthy? Trans-identifying kids in the U.S. have increased by almost 1,000% in the last two years. How do you explain the love of killing a baby in the womb, at any stage of life, with a torturous procedure? God will not tolerate this much longer!

9. Running Amok: Apostasy in the Church

It would take a three-hundred-page book to summarize the current state of the church now. In the last two years, thousands have gone “woke”, seeker-sensitive, and more. Social justice has replaced salvation. Many teach that the church will make the world a better place–even perfect. The sheep are trying to find a solid church–and one that talks about issues of the day and Bible prophecy. Many churches want to tell people they can have their best life now. (READ MORE)