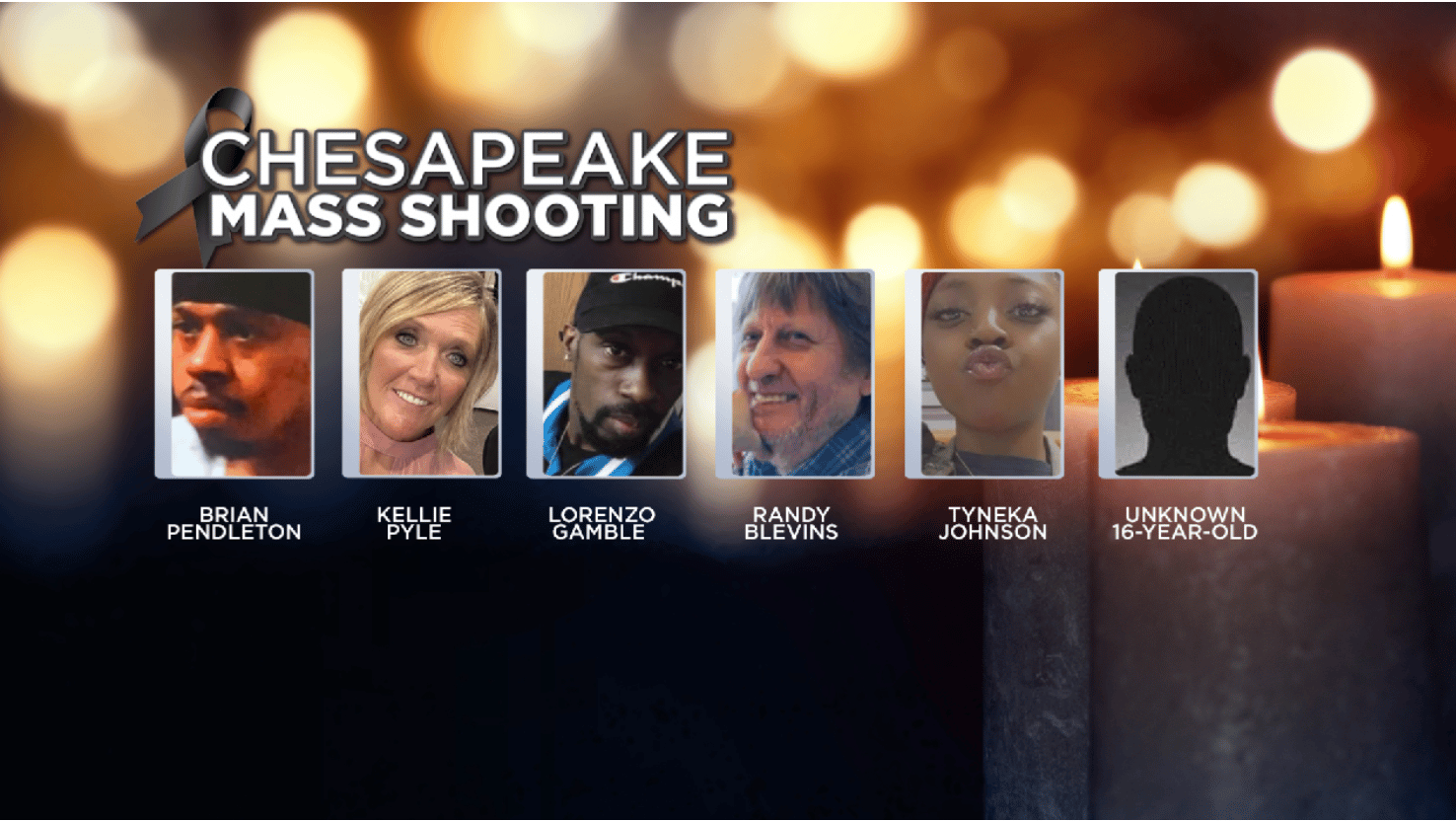 (WAVY-TV-10) Chesapeake police have identified the victims who lost their lives during Tuesday night’s shooting at Walmart. According to police, the victims are identified as:

Police say the call for the shooting at the Walmart came in around 10:12 p.m. Officers arrived on the scene within two minutes of the call, around 10:14 p.m. Police say the gunman as well as two of the victims were found dead in the store’s break room, another victim was found dead near the front of the store, and three other victims were taken to a local hospital and later died.