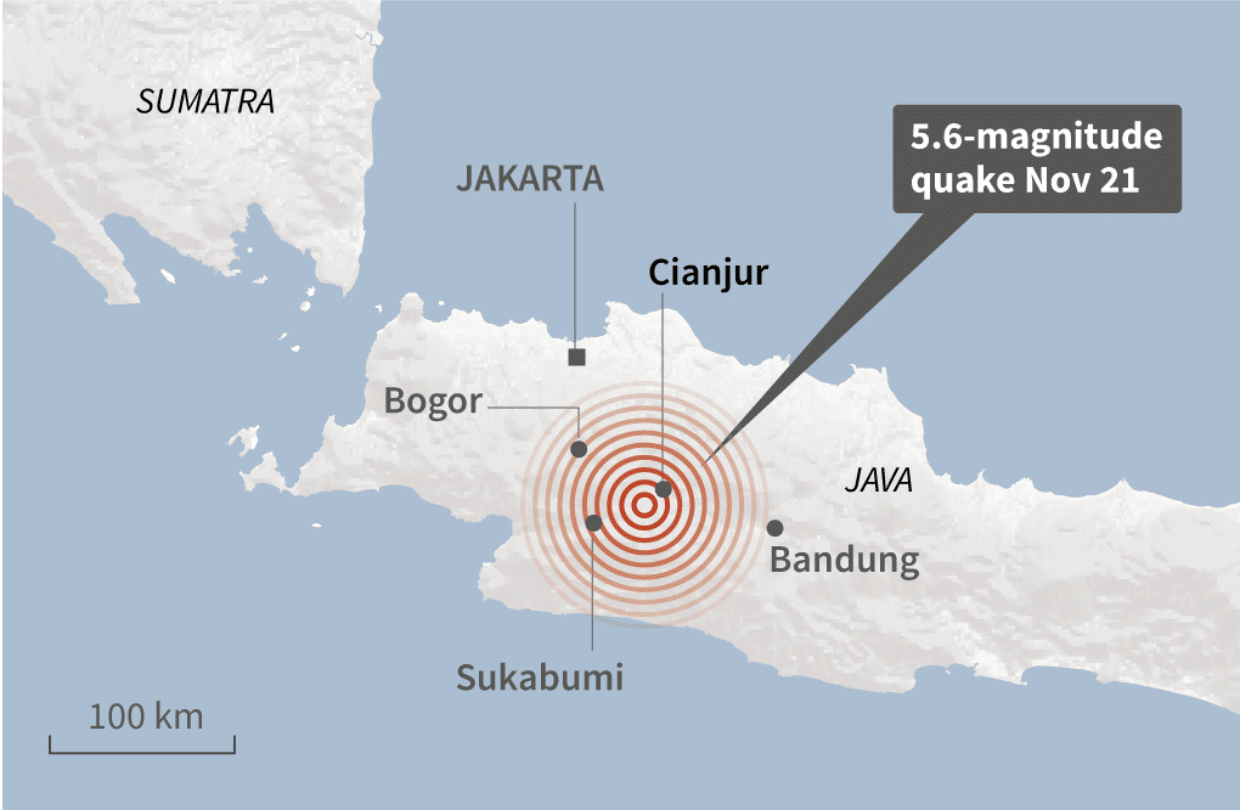 A 5.6-magnitude earthquake killed more than 50 people and wounded hundreds in Indonesia’s West Java province on Monday, with rescuers trying to reach survivors trapped under the rubble as aftershocks hit.

West Java Governor Ridwan Kamil confirmed 56 deaths from the quake, whose epicentre was the town of Cianjur, about 75 km (45 miles) southeast of the capital, Jakarta.

The national disaster agency (BNPB), whose data lagged behind local officials on the ground on Monday, told a news conference up to 700 people had been injured and more than 300 homes damaged or destroyed.

Electricity was down in the area and disrupting communications efforts, Herman Suherman, a government official from Cianjur, said, adding that people in the area of Cugenang were unable to be evacuated because of a landslide blocking access.

Footage from news channel Metro TV showed what appeared to be hundreds of victims being treated in one hospital parking lot and some buildings in Cianjur reduced almost entirely to rubble as worried residents huddled outside.

Other TV channels showed victims hooked up to intravenous drips and being treated on the sidewalk. Officials were still working to determine the full extent of the damage caused by Monday’s quake, which struck on land in Cianjur at a depth of 10 km, according to the weather and geophysics agency (BMKG).

Muchlis, who was in Cianjur when the quake hit, said he felt “a huge tremor” and the walls and ceiling of his office building were damaged.

“I was very shocked. I worried there would be another quake,” Muchlis told Metro TV, adding that people ran out of their houses, some fainting and vomiting in response.

In less than two hours after the quake, 25 aftershocks had been recorded, BMKG said, adding there were concerns about the potential for more landslides in the event of heavy rain.