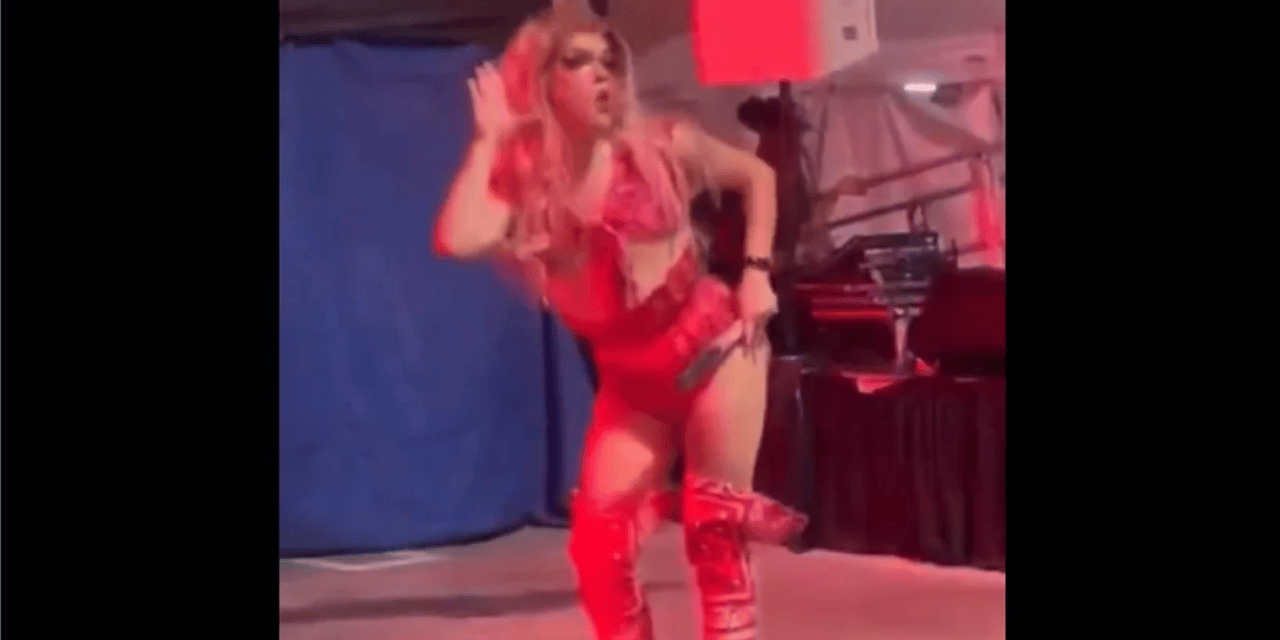 A drag queen in women’s lingerie performed a dance at a recent so-called family pride event in California, and at some point during the suggestive dance, a young girl well below the age of majority handed the drag queen a tip.

Last Friday, Burbank Pride of Burbank, California, hosted its first-ever Family Pride in the Park night, an event which featured many high-profile guests and drag queen performers. During the evening, one such drag performer held a fan as he pranced about to Lady Gaga’s “A-Yo” in a lacy red crop top, high-waisted underwear, and thigh-high red stiletto boots.

According to a video shared on Twitter, at some point during the performance, a young girl with a long braid who looks no older than 10 ran up and handed the performer money. The dancer accepted the money with a brief smile and then tossed the bill to the side as the girl scampered away.

It is unclear whether the dancer is one of the drag queens listed on many of the event advertisements: Ms. Knightley, Bohenne Arreaux, and Calla Faeria. According to these same ads, the event also featured a “KIDS ZONE,” though it is unclear what type of entertainment the “KIDS ZONE” offered.

Perhaps even more alarming is that the event, and indeed Burbank Pride in general, has been sponsored by Nickelodeon Animation Studios, a company ostensibly dedicated to telling “fun, playful, and sometimes quirky stories where kids can see themselves and laugh with [its] characters.”

Nothing like children tipping a drag queen at an event sponsored by @Nickelodeon. #burbankpride pic.twitter.com/YA9nuvTeJ5

Well-known “Big Bang Theory” actress and current “Jeopardy!” co-host Mayim Bialik, who claimed that she has been a member of the Burbank community for nearly her “entire life,” also appeared at the event and addressed the audience.

“It’s a beautiful event, no matter how you identify or if you’re an ally,” Bialik asserted. “I brought my kid, and we’re having a great time.” Omero, the chair of Burbank Pride Sponsorship, likewise argued that the event brought the Burbank community closer together. (SOURCE)