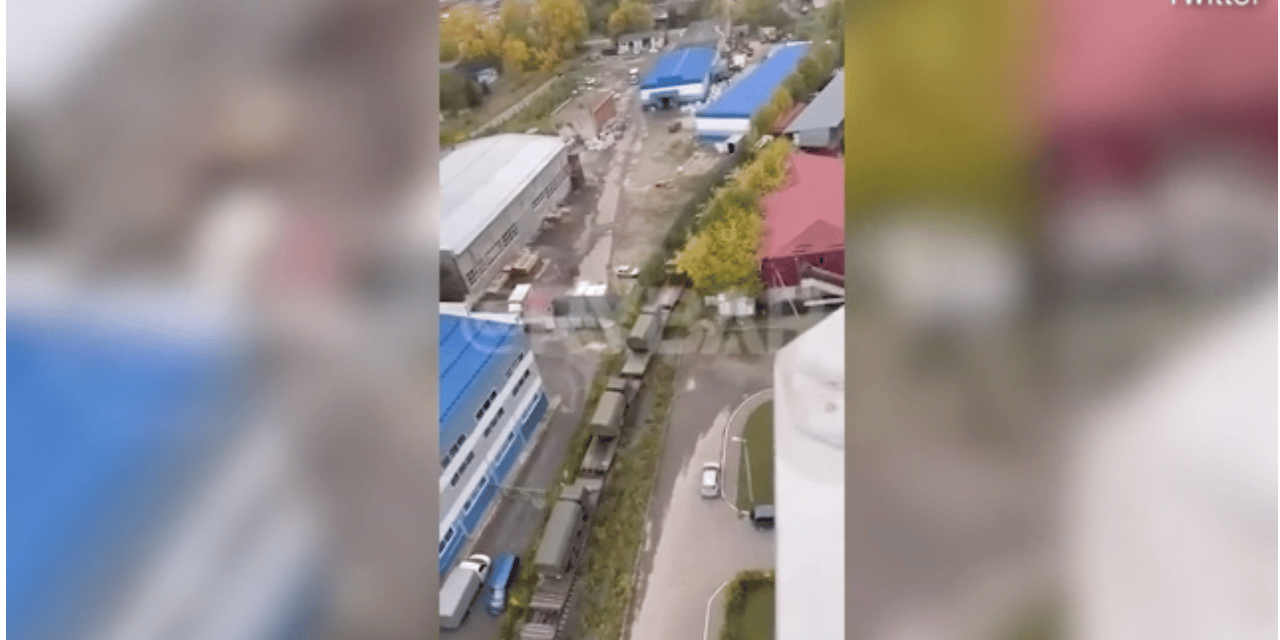 A huge freight train moving specialist military equipment associated with a nuclear-arms wielding division of Russia’s Defence Ministry has been spotted on the move, prompting fears of an escalation in Putin’s war.

A series of BPM-97 armored personnel carriers (APCs) and other military vehicles were seen traveling through central Russia in a clip posted on the Telegram messaging app by the pro-Russian channel Rybar on Sunday.

The APCs are thought to have been upgraded with more capable turrets, reinforced ambush, and mine-proof armor, and an air purification system designed to allow its occupants to operate effectively in the face of sustained infantry attacks.

Such advanced military hardware, the likes of which have scarcely been deployed on the frontlines in Ukraine, reportedly belongs to the 12th Main Directorate of the Russian MoD.

This specialist division is dedicated to the storage, maintenance, and provision of weapons to the likes of the Strategic Rocket Forces, a Russian military branch that controls nuclear missiles and forms a key part of Putin’s nuclear program.

Military analyst Konrad Musyka claimed the deployment of such units could signal a coming escalation in the conflict from the warmongering Russian president or constitute a precursor to large-scale nuclear drills.

It comes as NATO warned member states that Russia’s state-of-the-art Belgorod nuclear submarine has left its White Sea base, while key Putin ally Ramzan Kadyrov said Russia’s military should use ‘low-yield nuclear weapons to turn the tide of the war in Ukraine.

Muzyka said the movement of heavy military hardware belonging to nuke-wielding units does not necessarily mean that Russia is preparing to deploy a nuclear weapon in Ukraine.

But he did suggest it could be a ‘signal to the West that Moscow is escalating’ the conflict, adding that Russia’s Strategic Rocket Forces (RVSN) are known to undergo extensive training drills in autumn.

The RVSN is a branch of Russia’s armed forces that constitutes a cornerstone of the nation’s nuclear defence and deterrence program, which is the largest and most advanced in the world.

It is made up of dozens of missile regiments who together control thousands of nuclear-capable weapons, and intercontinental ballistic missiles (ICBMs) and are responsible for the maintenance and protection of their launch centers.

‘We’re in a situation in which superiority in resources and conventional weaponry is on the side of the West,’ said Vasily Kashin, a military and political analyst at the Higher School of Economics in Moscow. ‘But Russia’s power is based on its nuclear arsenal.’ (SOURCE)