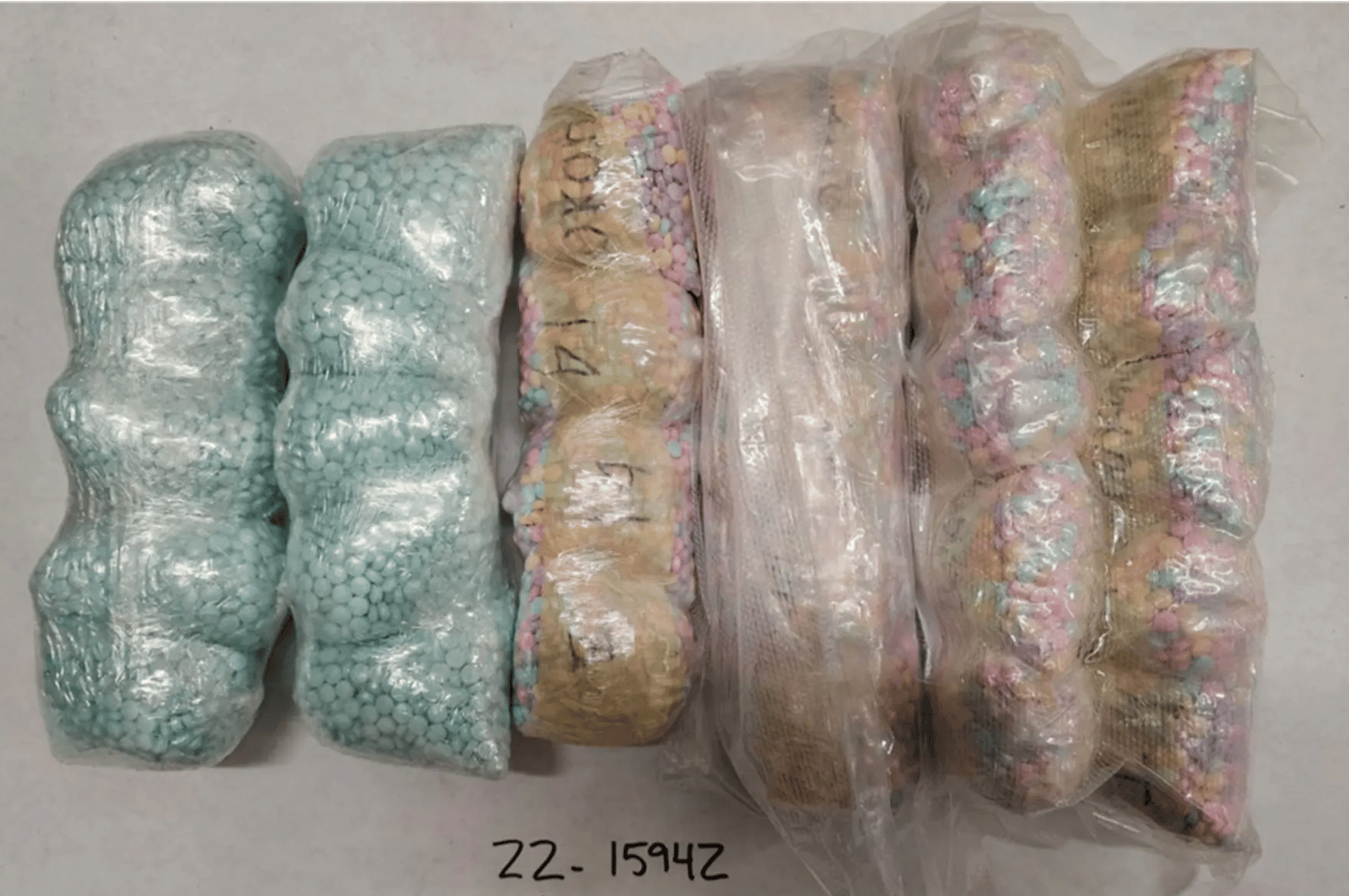 Oregon police seized a record-breaking 18 pounds of fentanyl pills — enough to kill 4 million people — inside a car when they found a driver passed out on the side of the road. Andre Lavell Johnson of Portland was found “slumped over the steering wheel” at the intersection of E. 11th Avenue and High Street just before 11 p.m. Oct. 19, Eugene Police said.

Officers pinned the car before rousing awake the 42-year-old Johnson. The suspect, who had previous warrants out for his arrest, tried to start the car and escape, but officers removed him from the car for an inspection, police said.

Inside, police found fentanyl pills “matching the description of currently circulating counterfeit oxycodone pills containing fentanyl,” police said. A firearm, which was later found to be stolen, was also discovered on the floor of the driver’s seat.

After continuing the search in Johnson’s home, police uncovered 18 pounds of fentanyl in both pill and powder form. The seizure is the largest in Eugene Police Department history. The 18 pounds is enough to kill over four million people. A lethal dose of the drug contains just 2 milligrams, according to the Drug Enforcement Agency.

The city of Eugene has seen an increase in street drugs containing fentanyl, police said. “Without laboratory testing, there is no way to know how much fentanyl is concentrated in a pill or powder,” the department said in a public announcement warning of the drug. “It should be assumed that any illicit drug could contain fentanyl.” (SOURCE)