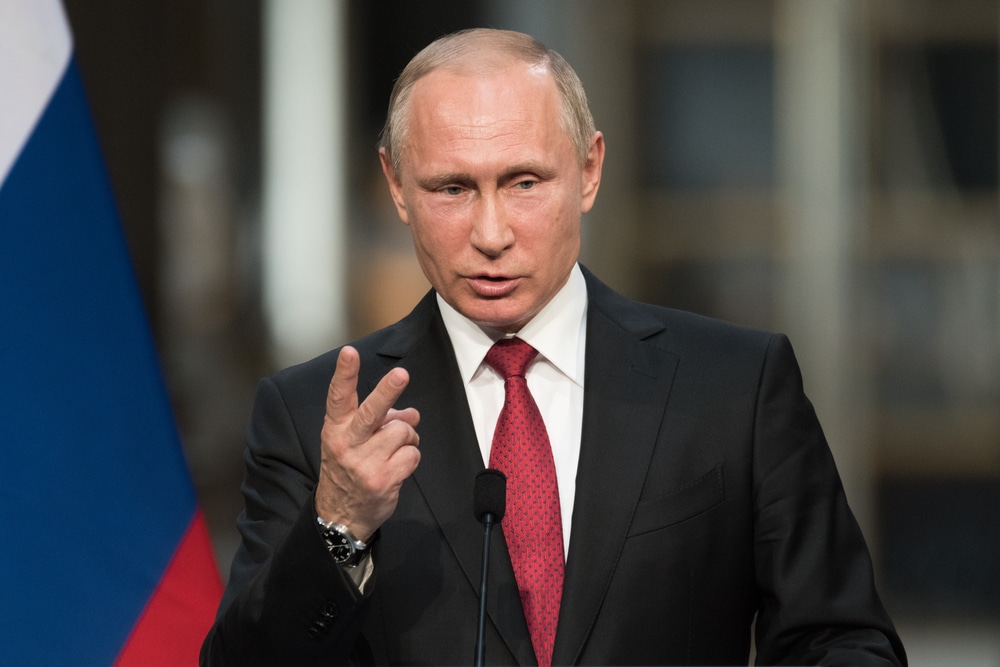 Vladimir Putin’s tried to detonate a nuke but his plans were “sabotaged”, an insider has claimed. Top brass at the Kremlin are “sabotaging” his plans to use atomic weapons or there may be issues due to technical failures, it is claimed.

In recent days, there have been a series of NOTAM messages (Notice to air missions) and linked Russian navigation warnings indicating tests or live firing drills. So far, there has been few indications of any major testing, although the final date for such disruption in the Barents Sea is October 22.

At the same time there are claims that earlier this month Putin ordered two nuclear missile tests which did not in fact take place. Valery Solovey, an expert on the president and former professor at Moscow’s prestigious Institute of International Relations [MGIMO], a training school for spies and diplomats said: “[Putin’s] decision on the use of tactical nuclear weapons [in the Ukraine conflict] would no doubt face resistance.

“I don’t know how effective the resistance will be but I will indicate [that] nuclear tests were supposed to be held over the past two weeks, one in the Barents sea, underwater, and the second underground, in Arkhangelsk region. “Both times the tests were not held.”

He alleged: “The reason is that before the launch, or more accurately, before the use of tactical nuclear weapons, it is necessary to make sure these weapons are fully operable… “They had to be tested.” But both times the potentially dangerous were “disrupted”.

“The president got reports that there was an emergency situation, that it didn’t work out” – implying technical failings. Putin insisted that the tests are held in the future, said Sololvey. He has also claimed the Kremlin leader has made a decision in principle to use nuclear weapons.

He added: “But the thing is, once is an accident, twice is a coincidence. “But…if the third time tests end the same way, with nothing, [it will look like] sabotage…not fulfilling….the orders of the chief commander….” This would show the “dissolution of [Putin’s] authority, of Russia’s executive power”. (SOURCE)