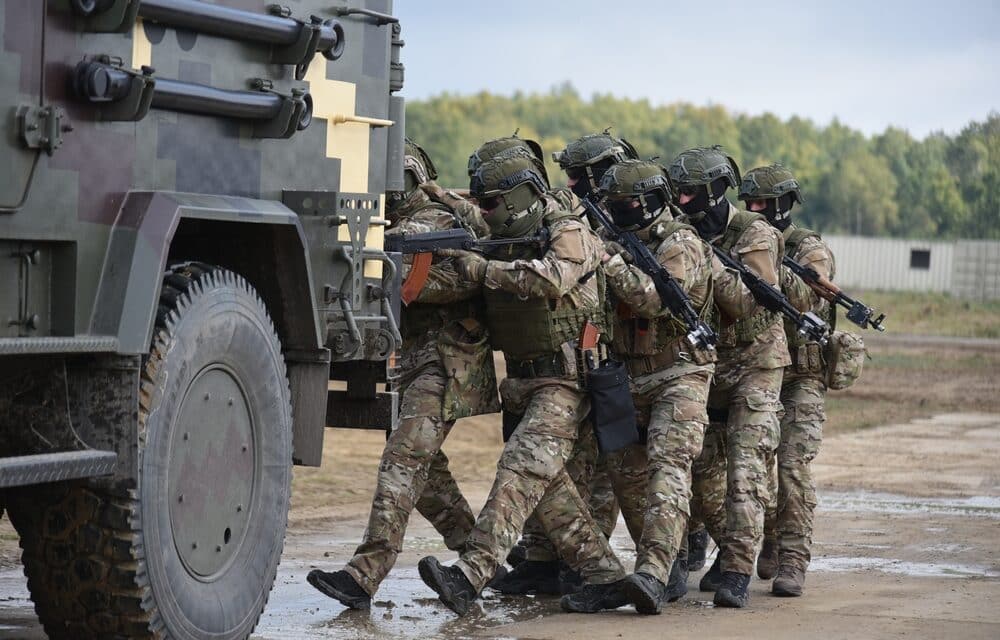 An annual NATO exercise focused on nuclear weapons deterrence will take place next week in a regular show of force displayed against the backdrop of the war in Ukraine. “Now is the right time to be firm and to be clear that NATO is there to protect and defend all allies,” NATO Secretary-General Jens Stoltenberg, a former Norwegian politician, told reporters Tuesday. “It’s a routine exercise, and it’s an exercise to ensure that our nuclear deterrent remains safe, secure, and effective.”

Fourteen NATO allies participated in the October 2021 installment of Steadfast Noon, as the annual exercise is known, and the alliance emphasized that “no live weapons are used.” These drills coincide with the Kremlin’s attempt to deter the Western allies from providing Ukraine with long-range missile systems as Russian President Vladimir Putin tries to batter Ukrainian society into submission following a series of setbacks for Russian forces.

“President Putin is failing in Ukraine,” Stoltenberg said. “His attempted annexations, partial mobilization, and reckless nuclear rhetoric represent the most significant escalation since the start of the war. And they show that this war is not going as planned.”

Fourteen of the 30 NATO member countries join in the exercise, which was planned before Russia invaded Ukraine in February. The main part of the maneuvers would be held more than 1,000km (625 miles) from Russia, said an official from NATO, the North Atlantic Treaty Organization.

“It would send a very wrong signal if we suddenly now canceled a routine, long-time planned exercise because of the war in Ukraine. That would be absolutely the wrong signal to send,” Stoltenberg told reporters on the eve of a meeting of NATO defence ministers in Brussels. “NATO’s firm, predictable behavior, our military strength, is the best way to prevent escalation,” he said.

“If we now created the grounds for any misunderstandings, miscalculations in Moscow about our willingness to protect and defend all allies, we would increase the risk of escalation,” added Stoltenberg.

With Russian forces retreating under the blows of Ukrainian troops armed with Western weapons, Russian President Vladimir Putin has raised the stakes in the conflict in recent weeks by annexing four Ukrainian regions and declaring a partial mobilization of hundreds of thousands of reservists to buttress the crumbling front line.

Putin has repeatedly signaled he could use nuclear weapons to defend his country. On Tuesday, Russian Foreign Minister Sergey Lavrov said Moscow would only resort to that if the Russian state faced imminent destruction. Speaking on state TV, he accused the West of encouraging false speculation about the Kremlin’s intentions.

Russia’s nuclear doctrine envisions “exclusively retaliatory measures intended to prevent the destruction of the Russian Federation as a result of direct nuclear strikes or the use of other weapons that raise the threat for the very existence of the Russian state”, Lavrov said.