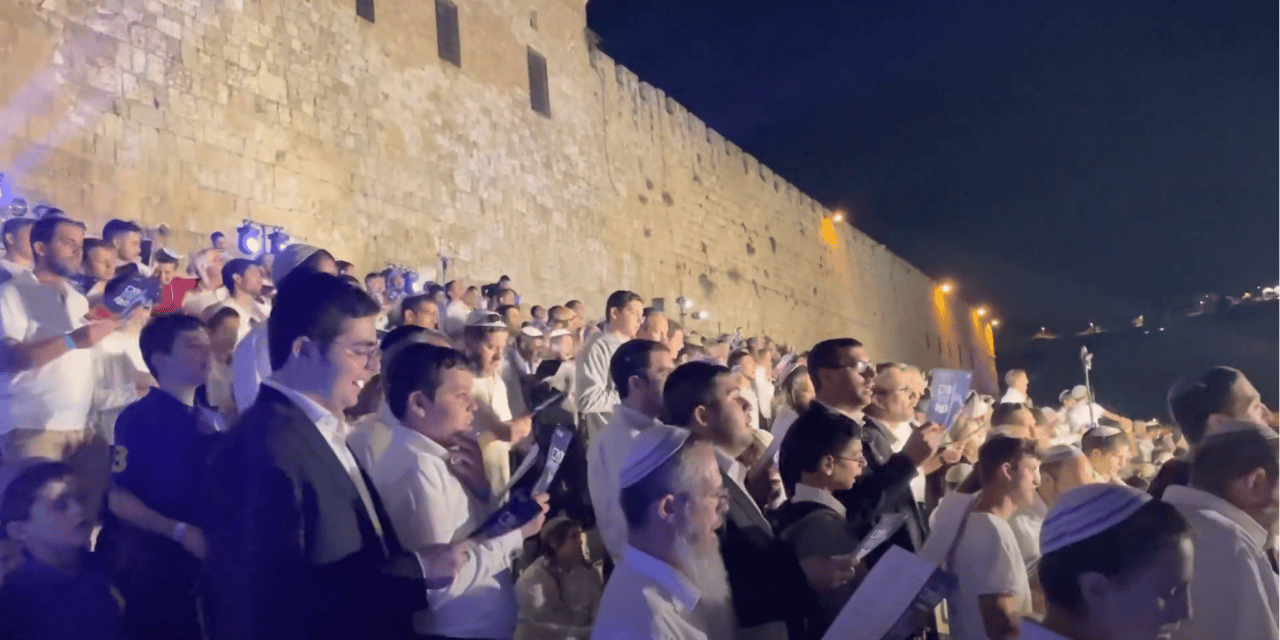 On Thursday night, 600 Jewish men from the tribe of Levi held a rehearsal on the steps leading up to the Temple Mount to prepare to play their role in providing the musical accompaniment for the Third Temple service.

Israel365 News correspondent Joshua Wander spoke with Yitzchak Weiss, who arranged the music and is one of the organizers of the event or, in his own words, “the father of this idea.” “The idea is to bring back the singing of the Levites and to renew it,” Weis said.

He explained that the idea first came to him when he was the principal of the Mizmor music school in Givat Washington. The school was opened in 2010 for the purpose of developing higher learning in music for Observant Jews.

“I wanted to make something special for Jewish music, not just to learn music to be a singer” eiss explained. “I asked myself what is the essence, the plus that we can give to music. We thought about composing music to the text of the Bible that the Levites were singing in the Temple and to make [comtemporary] music for it. We started the project, giving some students to compose music. And then we thought, why shouldn’t we make a living choir.”

The school began to spread the word in order to gather a group of Levites. In the Bible, the tribe of Levi included Moses and Aaron. Kohanim (priests) are descendants of Aaron and his descendants became a subset of the tribe of Levi. The other members of the tribe were chosen by God to forfeit their portions of land in Israel and to serve in the Temple. The Levites performed various functions in the Temple including guarding as well a serving all the musical needs.