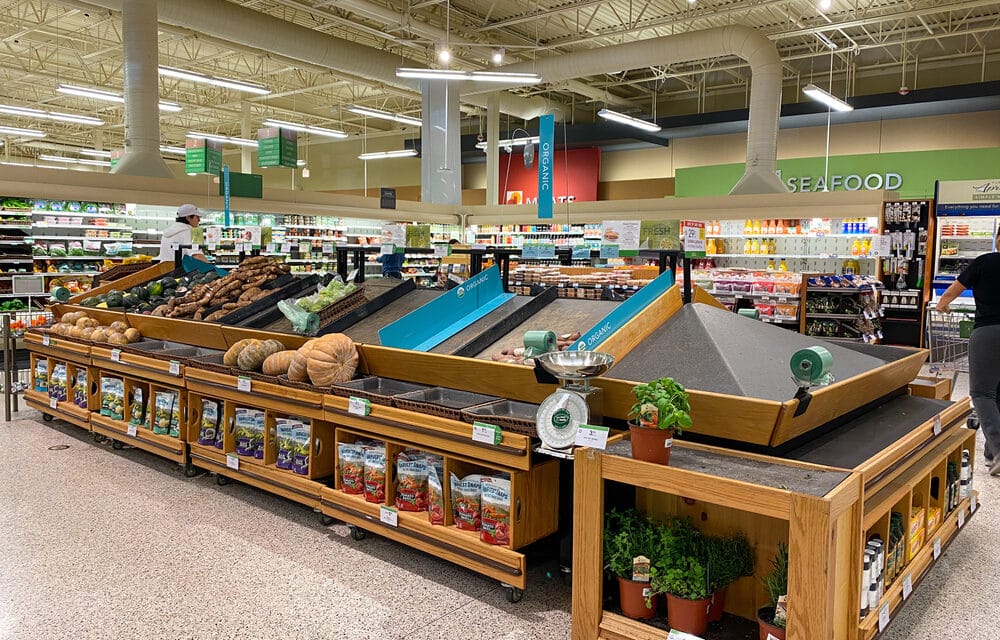 A California grower said some of his lettuce leaves are turning brown and melting in the fields because of crop diseases intensified by the high temperatures. In Pennsylvania, a retailer said its stores went a week without having strawberries to sell. A New York distributor has substituted honeydew melons for watermelons, which have become scarce.

Supermarkets say they are giving less shelf space to products with weather-induced discolorations, bruises or burns. Stores are cutting prices on poor-quality items to avoid getting stuck with them, and increasingly receiving products from Canada, Florida, New Jersey and Ohio instead of California, long the go-to source for U.S. grocers.

“We can’t ship lettuce with defects,” said Mark Mason, manager of California-based Nature’s Reward, which grows romaine, iceberg and leaf lettuce. “There are fields that are near losses.”

Mr. Mason said disease has likely cut Nature’s Reward’s lettuce yields this season by at least 15% compared to the year-ago period. Incidence of disease in the company’s fields has been normal throughout the growing season until the last week to 10 days, when a surge in damaged plants has led to a dramatic decline in yields, Mr. Mason said. The prices he receives for lettuce have increased slightly during that time, he said.

California vegetable growers said the current heat wave could be fueling diseases that kill or damage lettuce, leaving less to sell to restaurants or grocery stores. High temperatures can promote diseases such as pythium wilt and impatiens necrotic spot virus, or INSV, according to to produce growers, researchers, and trade groups. Pythium wilt is a soil-borne disease, while INSV is transmitted to lettuce by small insects known as western flower thrips.

Christopher Valadez, president of the Grower-Shipper Association of Central California, which represents produce farmers, shippers, and processors, said this season appears to closely resemble 2020 in terms of high temperatures and disease incidence in lettuce. Disease cut lettuce yields along California’s central coast by about 30% that year, he said.

“The crop is under stress when it’s hot,” said Mr. Valadez. “That makes plants more vulnerable to infection.” The recent heat wave has also curbed Nature’s Reward’s strawberry shipments, Mr. Mason said, reducing the amount of time that workers can spend in fields and leaving fruit more vulnerable to damage during harvest, which can reduce its shelf life in stores.

Produce, which can be harvested and sold within days, has always been vulnerable to weather. This year’s hot temperatures are creating more quality and supply problems, industry executives said, though the heat’s long-term impact on produce remains unclear.

Early heat in Washington reduced the cherry supply earlier this summer, while watermelon season ended earlier on the East Coast. Some grapes are growing mold, according to some distributors, while others anticipate avocados might have sizing issues and be bigger than usual.

All of this is driving up costs for grocers, and slowing sales volume. Prices of produce increased about 11% for the four weeks ended Aug. 7 from a year ago, according to data firm IRI, while sales volume declined about 5%.

In the year through Sept. 3, shipments of iceberg, green leaf, and red leaf lettuce were the lowest since at least 2006, according to Rabobank. Average annual per-pound prices for the week ended Sept. 3 are higher than levels a year ago for all three lettuce varieties, with prices for iceberg and romaine at or above their highest in at least 16 years, the data showed. (WSJ)