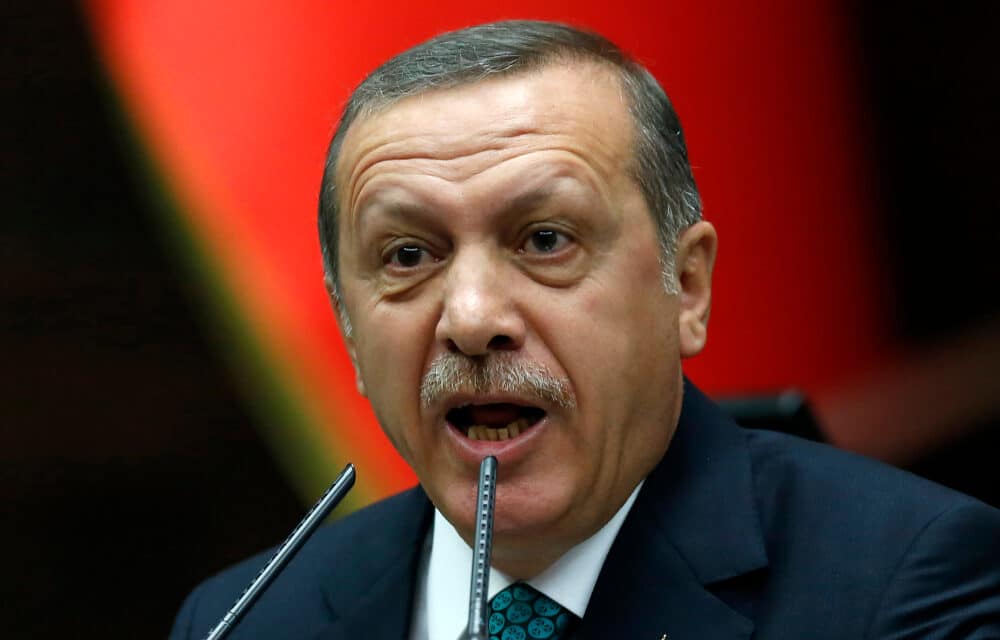 Turkey has issued a huge warning to Russia after President Recep Tayyip Erdogan ordered Vladimir Putin to return all “occupied” land – including Crimea. Olga Lautman, an analyst, and researcher with a focus on the Kremlin who is also a Senior Fellow at the Center for European Policy Analysis, took to Twitter to share the explosive news.

She wrote: “Turkey’s President Erdoğan said that Russian President Vladimir Putin must return all land that Russia has occupied, including Crimea.” Turkish leader Mr Erdogan has insisted the Black Sea peninsula should be returned to its “rightful owners”. The comments, made in an interview with PBS NewsHour on the sidelines of the United Nations General Assembly in New York, are likely to spark fury in Russia.

When asked if Russia should be allowed to keep some of the territory it’s taken from Ukraine since it invaded in February and if that should be “part of a solution to this — to this conflict”, he replied through a translator: “No, and undoubtedly no.

“When we talk about reciprocal agreement, this is what we mean. If a peace is going to be established in Ukraine, of course, the returning of the land that was invaded will become really important.

Mr Erdogan was also asked if Russia “should be allowed to keep Crimea”, to which he replied: “Since 2014, we have been talking to my dear friend Putin about this, and this is what we have requested from him.

“We asked him to return Crimea to its rightful owners. These are our descendants at the same time, the people who are living there. “If you were to take this step forward, if you could leave us, you would also be relieving the Crimean Tatars and Ukraine as well. That’s what we have always been saying. But since then, unfortunately, no step has been taken forward.”

This is another bitter blow to Putin, with Mr. Erdogan the latest world leader with strong ties with Russia to have concerns about the ongoing war in Ukraine. Last week, India’s Narendra Modi raised fears about the continued conflict, while Putin himself admitted China’s Xi Jinping also expressed “concerns” during a recent meeting.

He said that when he met the Russian President in Uzbekistan last week, Putin gave him the impression he was “willing to end this as soon as possible.” Commenting on the war in Ukraine, he said: “Most importantly, Russian attitude will be very, very important here. (Express)