Putin threatens West with Nuclear attack, Mobilizes 300,000 reserves, Flights scramble to get out of Russia 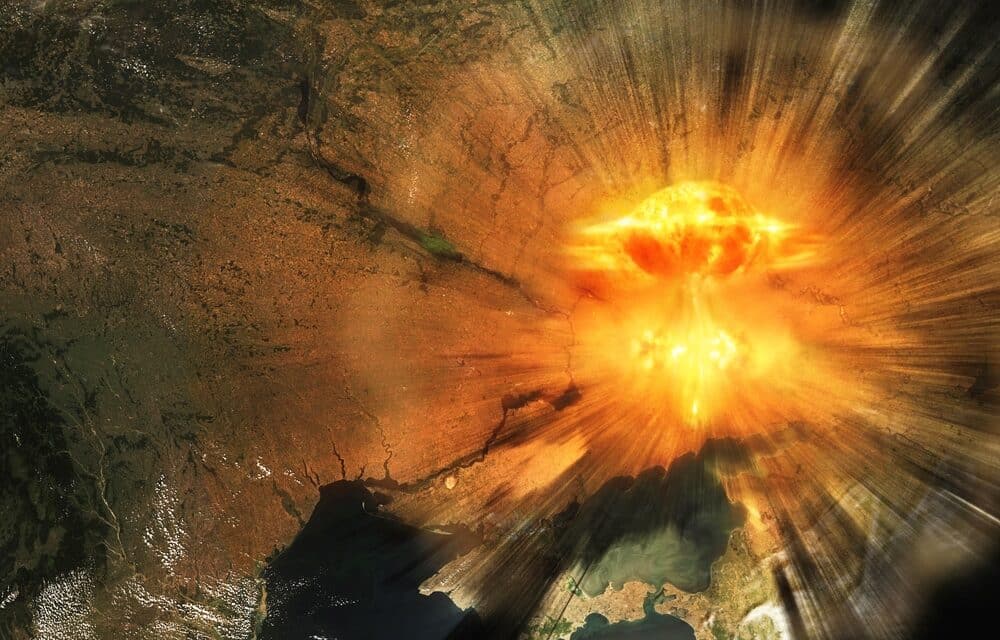 Vladimir Putin today issued a chilling new threat to use nuclear weapons against the West, telling world leaders to back off Ukraine while warning: ‘I’m not bluffing.

The desperate despot also ordered the mobilization of 300,000 military reserves – a first in Russia since the Second World War – and gave the go-ahead for referendums to be held in occupied areas of Ukraine that would make them a part of Russia, in the Kremlin’s eyes at least.

He vowed to use ‘all means’ to defend the regions, saying: ‘If the territorial integrity of our country is threatened, we will use all available means to protect Russia and our people – this is not a bluff… I shall stress – by all means available to us. Those trying to blackmail us with nuclear weapons should know that the tables can turn on them.’

Putin’s gambit comes after Ukraine routed a large part of the Russian army last week, leaving him backed into a corner of his own making and facing the possible collapse of his so-called ‘special military operation’.

But rather than back down, the Russian leader has instead chosen to double down and hold the free world to ransom – putting Russia and its huge nuclear arsenal on direct collision course with Ukraine and its allies, who have already vowed not to accept the results of ‘sham’ referendums or to stop liberating occupied territory.

Speaking ahead of Putin’s speech last night, President Zelensky dismissed ‘noise’ from Russia and said it will not alter Ukraine’s resolve. Foreign Minister Dmytro Kuleba likewise vowed: ‘The Russians can do whatever they want. It will not change anything. Ukraine has every right to liberate its territories and will keep liberating them whatever Russia has to say.’

Mykhailo Podolyak, an adviser to Ukrainian President Volodrymyr Zelensky, spoke out this morning after Putin’s announcement – calling it ‘predictable’ and saying it show the war is not going to plan. President Joe Biden is expected to give a speech to the UN later today when he will rally Ukraine’s allies to stay the course.

Meanwhile, One-way flights out of Russia were selling out fast on Wednesday after President Vladimir Putin ordered the immediate call-up of 300,000 reservists. Putin’s announcement, made in an early-morning television address, raised fears that some men of fighting age would not be allowed to leave Russia.

Defence Minister Sergei Shoigu said the call-up would be limited to those with experience as professional soldiers, and that students and those who had only served as conscripts would not be called up. Nevertheless, Google Trends data showed a spike in searches for Aviasales, which is Russia’s most popular website for purchasing flights.

Direct flights from Moscow to Istanbul in Turkey and Yerevan in Armenia, both destinations that allow Russians to enter without a visa, were sold out on Wednesday, according to Aviasales data.