Probability of Russia using tactical nuclear weapons is ‘very high’, according to Ukraine intel chief as Putin raises the stakes with annexation 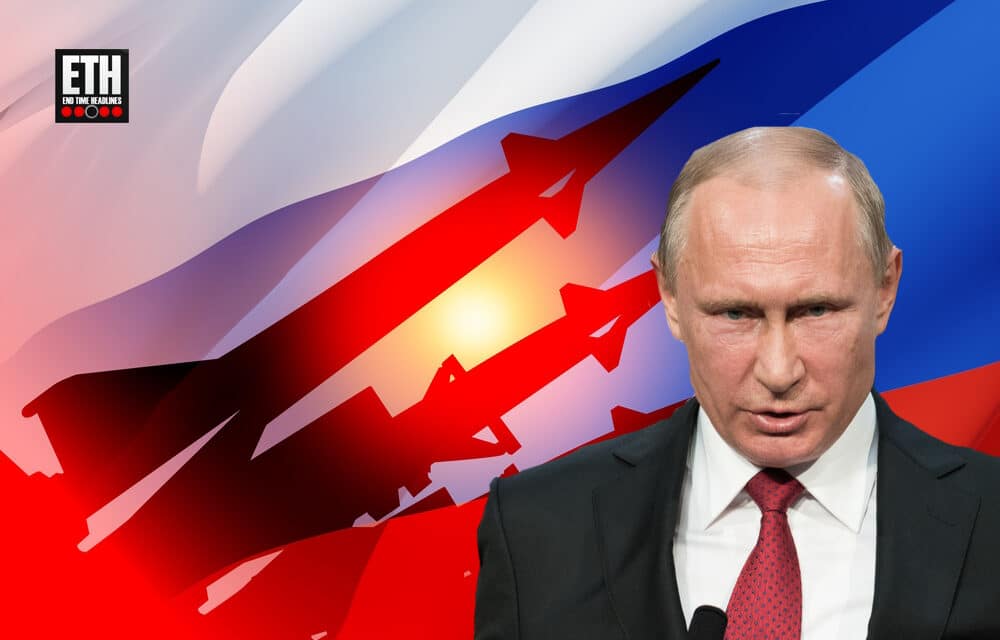 FLASHBACK: Back on Feb. 8th of this year, in a jarring answer to a question from the media, Russian President Vladimir Putin said allowing Ukraine to join NATO would increase the prospects of a Russia-NATO conflict that could turn nuclear. Putin’s assertion, made in the context of a complicated hypothetical about an unlikely Ukrainian attempt to take Crimea back from Russia, came during a joint press conference with the President of France, Emmanuel Macron.

With over 100,000 Russian troops amassed at Ukraine’s border, the conference was originally called to discuss ways to de-escalate the situation. However, about 45 minutes into the meeting, Putin made it clear there were some lines that could not be crossed without severe and possibly even nuclear consequences.

“[T]here will be no winners,” he said, describing a hypothetical future in which Ukraine had joined NATO and then attempted to invade Russian-occupied Crimea, “and you will find yourself drawn into this conflict against your will. You will be fulfilling Article 5 in a heartbeat, even before you know it.”

Article 5 of NATO’s founding treaty says that any attack on a NATO member is an attack on all members. This principle of collective defense, NATO says, is at the heart of its treaty. The only time the article has been invoked was on September 11, 2001, when terrorists attacked the United States.

“Do you realize that if Ukraine joins NATO and decides to take Crimea back through military means, the European countries will automatically get drawn into a military conflict with Russia?” Putin said. “Of course, NATO’s united potential and that of Russia are incomparable.”

Though the Kremlin’s English-language transcript has Putin using, somewhat ambiguously, the term “incomparable,” he also asserted that Russia “is one of the world’s leading nuclear powers and is superior to many of those countries in terms of the number of modern nuclear force components.” (SOURCE)

PRESENT: Fears of nuclear war are mounting across the West as Russia mobilizes hundreds of thousands of troops and prepares to annex four regions in southeastern Ukraine.

Russian President Vladimir Putin is planning to sign treaties to take 15% of Ukrainian territory and make a speech at a ceremony in the Kremlin today, after Moscow-installed administrations staged referendum votes in Ukraine’s regions of Luhansk, Donetsk, Zaporizhzhia, and Kherson. The Kremlin claimed that all of the regions overwhelmingly voted to back annexation (by 99%, 98%, 93%, and 87% respectively).

Countries across the world have condemned the vote, with U.S. President Joe Biden saying today that the U.S. will “never, never, never” recognize Russia’s attempt to annex the regions of Ukraine.

Ukraine’s president Volodymyr Zelenskyy on Thursday said Russian forces would be met with a “tough” military response, telling outgoing Italian prime minister Mario Draghi on the phone that “the territorial integrity of Ukraine will be restored. And our reaction to Russia’s recognition of their results will be very harsh.”

But as Ukraine arms itself once again to fight against the incoming troops, the threat of nuclear war is increasing too. And an embittered Putin, losing on the battlefield, may look to strike the region he claims to be liberating with tactical nuclear weapons, according to a Ukrainian defense official. Vadym Skibitsky, Ukraine’s deputy intelligence chief told the Guardian that Ukraine’s military intelligence has put the threat of nuclear weapons from Russia at “very high.”

“[Russian military] will likely target places along the frontlines with lots of [army] personal and equipment, key command centers, and critical infrastructure,” Skibitsky said regarding Russia’s use of nuclear weapons. “Everything will depend on how the situation develops on the battlefield,” he said. The nuclear weapon Russia may be planning to use is about 100 times more powerful than the type of rockets it has used against Ukraine so far, Skibitsky added. (Fortune)