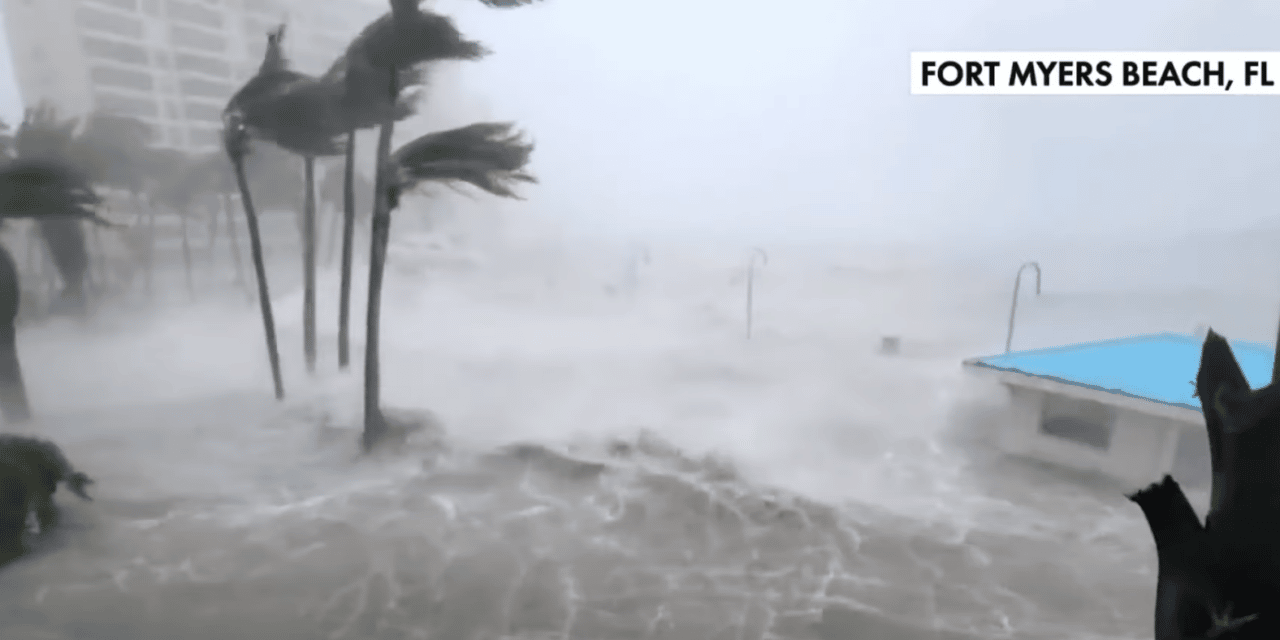 Hurricane Ian carved a path of destruction across Florida, trapping people in flooded homes, cutting off the only bridge to a barrier island, damaging a hospital from above and below, and knocking out power to 2.5 million people as it dumped rain over a huge area on Thursday.

According to the AP, One of the strongest hurricanes to ever hit the United States threatened catastrophic flooding around the state. Ian’s tropical storm-force winds extended outward up to 415 miles (665 km), drenching much of Florida and the southeastern Atlantic coast.

Authorities confirmed at least one storm death in Florida — a 72-year-old man in Deltona who fell into a canal while using a hose to drain his pool in the heavy rain, the Volusia County Sheriff’s Office said. Another Florida sheriff said he believes the death toll would be “in the hundreds.”

Ian was moving northeast across Florida at about 8 mph with maximum sustained winds of 65 mph at 5 a.m. Thursday, according to the National Hurricane Center. However, the agency warned that Ian could pick back up and reach hurricane strength as it reaches Florida’s east coast on Saturday, posing risks to Georgia and the Carolinas.

The NHC downgraded Hurricane Ian to tropical storm status early Thursday morning after the storm began to weaken gradually overnight Wednesday as it moved across central Florida. It’s not yet clear how many fatalities or injuries have been sustained due to Ian, and there have not been any reports or numbers from state officials.

President Joe Biden declared a major disaster for Florida early Thursday morning, approving the distribution of federal aid to supplement recovery efforts in the aftermath of Ian. This federal assistance includes grants for temporary housing and home repairs, loans to insure property losses, and other programs to assist business owners in recovering from the storm’s damage.