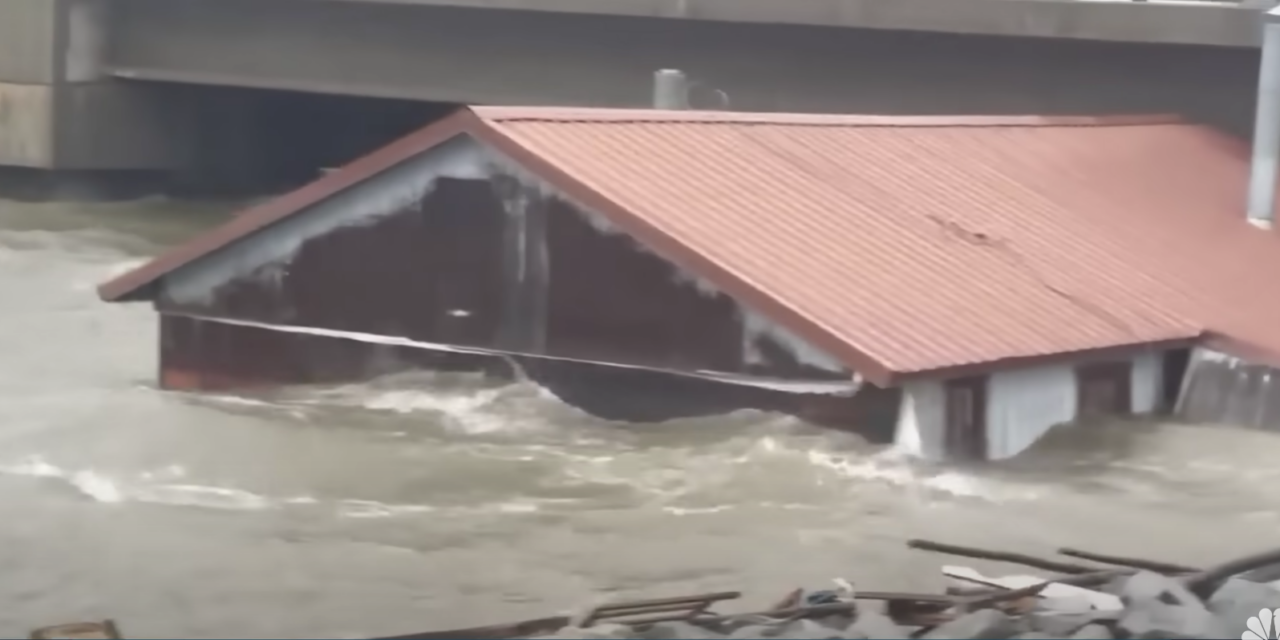 (UPDATE) The western coast of Alaska was hit with historic storms on Saturday, causing extreme flooding that led to several homes being ripped from their foundations.

Gov. Mike Dunleavy of Alaska declared the crisis a disaster emergency at a Saturday press conference where he also confirmed that had been zero reported injuries.

“Just now, I verbally declared a disaster for communities impacted by the West Coast storm. SEOC (State Emergency Operations Center) has received no reports of injuries at this time. We will continue to monitor the storm and update Alaskans as much as possible,” the Republican governor said.

The residual impact of Typhoon Merbok has hit regions such as Hooper Bay, Nome, Unalakleet, Shaktoolik, Kotlik, and Nunam Iqua, according to the Alaska Department of Transportation and Public Facilities. The department also reported that the Old Golovin Airport is underwater. In some areas, the flooding is suspected to have peaked on Saturday afternoon and will begin to decrease through Sunday, according to the weather service.

Hundreds of people on the coast had evacuated their homes to safer grounds — including schools — on Saturday morning when the storm started raging. Several homes have been reported to be floating in the flood waters, including three in Golovin, per The New York Times. NYT reported forecasters believe the storm to be the one of “most powerful systems to move through the Bering Sea area in decades,” as winds nearing the strength of hurricanes ran rampant through the region. (INSIDER)