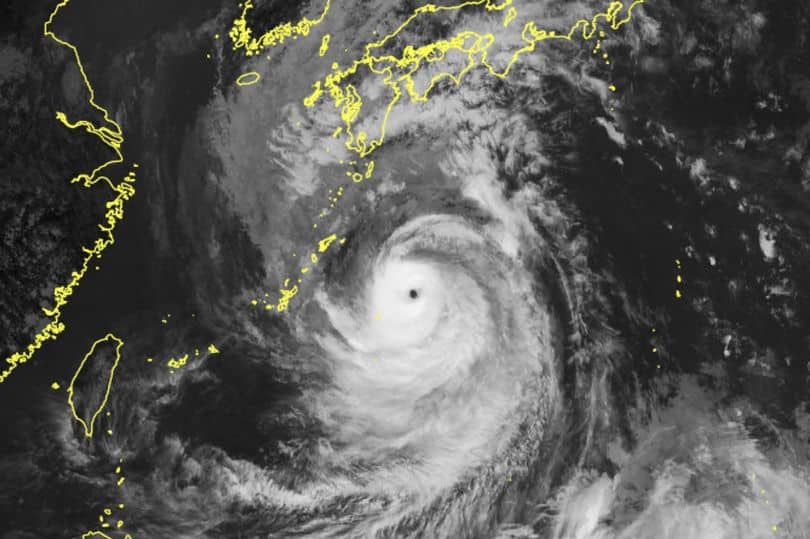 A “special warning” has been issued that an “unprecedented” super typhoon with 170mph winds is due to hit Japan, with two million people advised to take shelter immediately.

Reports state that Typhoon Nanmadol has the potential to be the most destructive tropical storm to strike Japan in decades, so much so that the Japan Meteorological Agency has issued the warning for the public to stay indoors.

The US Navy’s Joint Typhoon Warning Centre has classified the typhoon as being in the top category of “violent”.

Currently, the speed of its gusts of wind have been recorded at up to 168mph, located around 124 miles north of Minami Daito island.

It’s expected to hit the seaside city of Kagoshima first, before moving north on Monday, where it will head towards Japan’s main island. It has been estimated that the typhoon will bring up to 20 inches of rain.

Ryuta Kurora, the head of the Japan Meteorological Agency’s forecast unit said: “There are risks of unprecedented storms, high waves, storm surges, and record rainfall. “Maximum caution is required. It’s a very dangerous typhoon. “The wind will be so fierce that some houses might collapse.” (Daily Star)