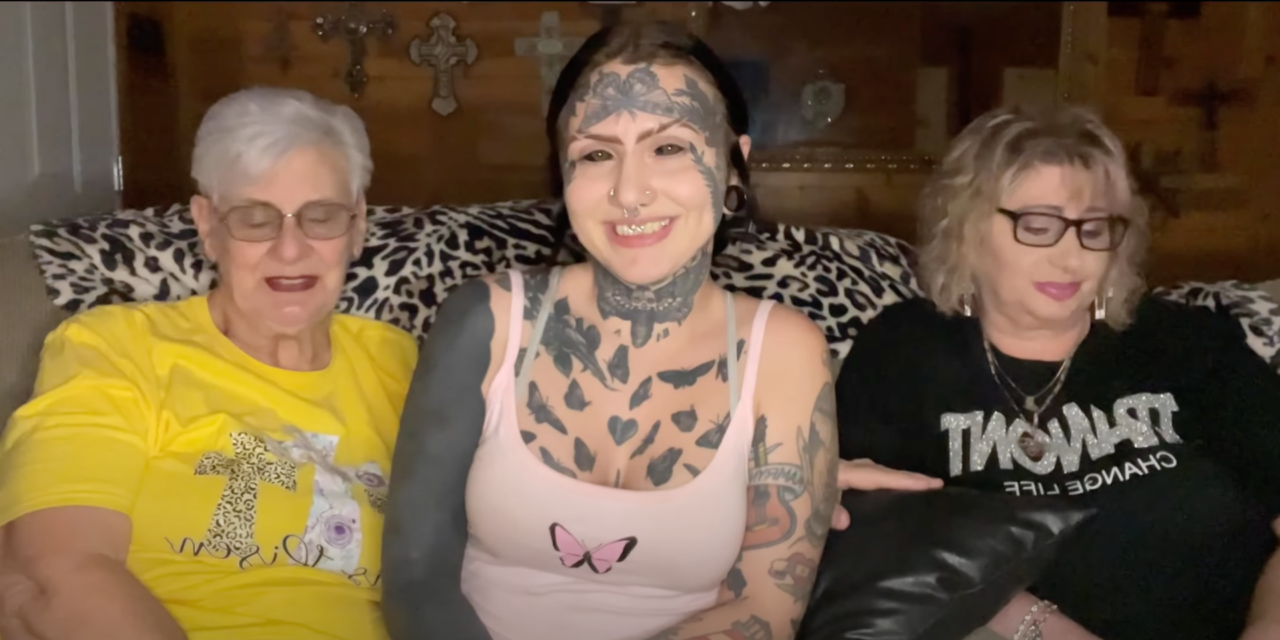 (OPINION) A heavily tattooed OnlyFans model has hit back at trolls – by letting her family have their say on whether she is going to hell. Orylan is an adult model and stripper from the US whose body and face are decorated in outlandish tattoos.

The young adult grew up as a practicing Christian, but has been trolled by keyboard warriors online who she says have frequently told her she is going to hell because of her extreme looks.

Now, sat between her grandma Candy, and her aunt, called Cheryl, Orylan found out what her close family members thought about her heavily tattooed features in a video on her YouTube channel. “People judge the outside but God judges the heart, and you have a wonderful heart, so tattoos are not tattoos, they’re art really,” Candy stressed.

“Since you’re such an artist, that’s just a way of expressing yourself, it does not change you.” And, after getting their initial takes on her extreme look, Orylan asked her grandma whether she agreed that she would suffer in the afterlife. “Oh no, you’re not, believe me. If you were, I would know,” Candy said, before joking that she would pray the demons out of her anyway.

“There is not anyone out there that God does not love, he loves everybody and it’s not even about what you look like, it’s what’s on the inside.” Despite this, Orylan remembered how her gran had not approved of her eyeball tattoos at first.

She recalled: “I remember before I tattooed my eyes, my grandma begged me and I think she almost cried, ‘do not tattoo your eyes’, but I just said, ‘I have to do this to be happy, I cannot be who I want to be without tattooing my eyes’.”

Candy responded to this, and accepted that she had been reluctant to let her granddaughter go through with the invasive procedure at first. But, she admitted that she now liked the unusual artwork, suggesting: “My feelings have changed because like I said, if it makes you happy, you’re the one who has to live with it. READ MORE