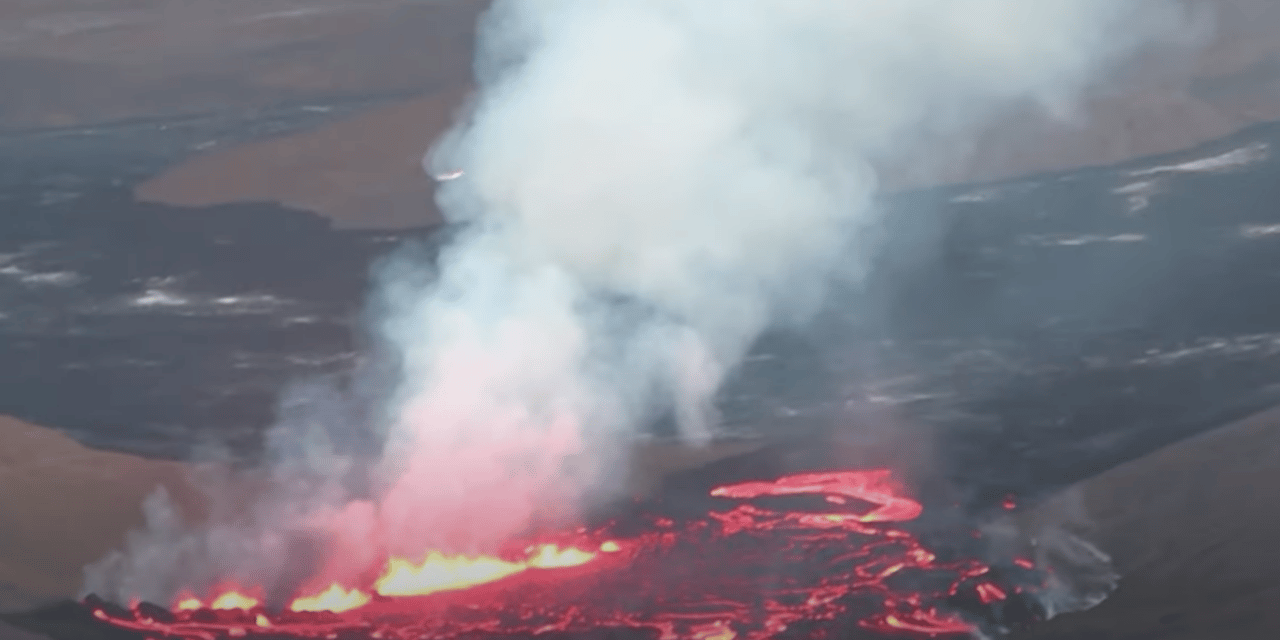 A massive volcano erupting close to a global travel hub, Iceland’s Keflavik Airport, led to close monitoring by officials and sparked fascination from people who ventured near the bright-orange lava flows despite warnings.

According to MSN, The Fagradalsfjall volcano in southwest Iceland erupted at 1:18 p.m. local time Wednesday, according to the Icelandic Meteorological Office, which urged people to stay away from the sparsely populated area on the Reykjanes peninsula — though some still went up close to snap photographs with their children and fly drones.

“I just made it to the volcano … my mind is completely blown, it’s crazy,” one onlooker told the Associated Press. “The last thing that I would have imagined this morning when I woke up would be to be standing and looking at this … it is so beautiful.”

Another man who had flocked to see the same volcano erupt last year said it was “absolutely incredible,” describing the lava as a mesmerizing “dancing fire.” The eruption, classified as a volcanic fissure, is occurring about 10 miles from Keflavik International Airport and about 20 miles from the country’s capital, Reykjavik. As of Thursday morning, the airport — which has flights from Seattle, London and Frankfurt — remained open and operational.

“Currently, there have been no disruptions to flights to and from Iceland and international flight corridors remain open,” the Foreign Ministry said in a statement. International travelers will recall the 2010 eruption of the country’s Eyjafjallajokull volcano, which spewed huge ash clouds into the atmosphere, grounding air traffic and leaving millions stranded.