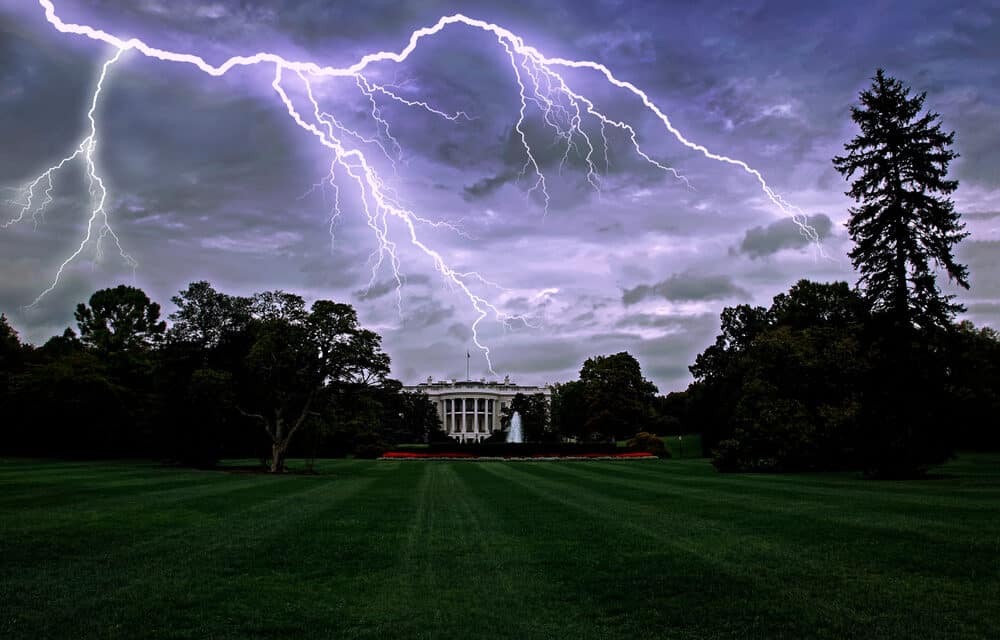 Four people are in critical condition after an apparent lightning strike outside the White House Thursday evening. DC Fire and EMS responded to reports of a lightning strike in the center of Lafayette Park around 6:52 p.m. local time.

DC Fire and EMS spokesperson Vito Maggiolo told Fox News the U.S. Secret Service uniformed division and officers from the U.S. Park Police witnessed the strike and immediately began to render aid to the victims. “DCs Bravest on scene in the process of treating and transporting 4 patients, all in critical condition,” DC Fire and EMS tweeted earlier.