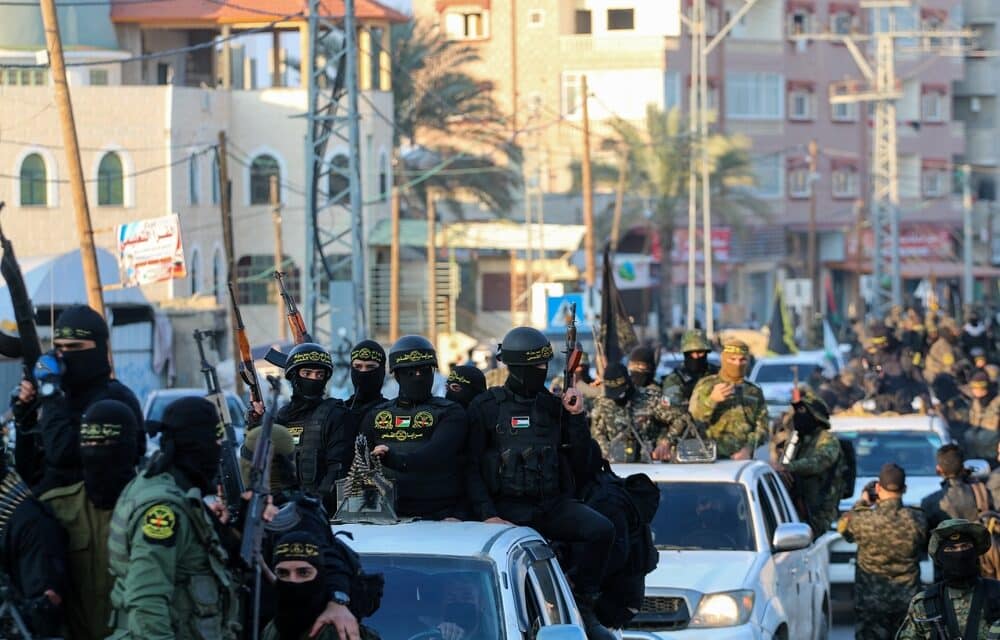 A wave of Israeli air strikes killed at least fifteen people and wounded 40 more on Friday, according to Palestinian officials, prompting an Islamic militant group to warn Israel has ‘started a war’. Initial reports said one of the fatalities was that of a senior Islamic militant, while another had been a five-year-old girl.

According to the Daily Mail, Israel said it was targeting the Islamic Jihad group amid days of heightened tensions following the arrest of a senior militant in the occupied West Bank this week, with an Israeli army spokesperson saying after the strikes: ‘We haven’t finished yet’. In response to the strikes, the Islamic Jihad group’s leader Ziad al-Nakhalah said: ‘We are heading to battle, and there is no truce after this airstrike.

‘The results of this war will be in favour of the Palestinian people. The enemy should expect a battle, not a truce.’ He said Tel Aviv will be ‘one of the targets of the resistance’s missiles, and the coming hours will prove to the enemy that all the forces of the resistance are one.’

Hamas – the Islamic militant group that rules Gaza – also responded to the strikes. ‘The resistance, with all its military arms and factions, is united in this battle and will say its word with full force,’ spokesperson Fawzi Barhoum said.

‘It is no longer possible to accept the continuation of this situation as it is.’ The strikes risk igniting yet another war in the territory, which is home to about 2 million Palestinians. The assassination of a senior militant would likely be met by rocket fire from Gaza, pushing the region closer to all-out war.

A blast could be heard in Gaza City, where flamed and smoke poured out of the seventh floor of a tall building on Friday afternoon, while wounded Palestinians were evacuated by medics. ‘The Israeli government will not allow terrorist organizations in the Gaza Strip to set the agenda in the area adjacent to the Gaza Strip and threaten the citizens of the State of Israel,’ Prime Minister Yair Lapid said in a statement.

‘Anyone who tries to harm Israel should know: We will find you.’ The Palestinian Health Ministry said eight people were killed, including a five-year-old girl, and at least 40 were wounded. Islamic Jihad said a Gaza commander, Taiseer al-Jabari, was among those killed.