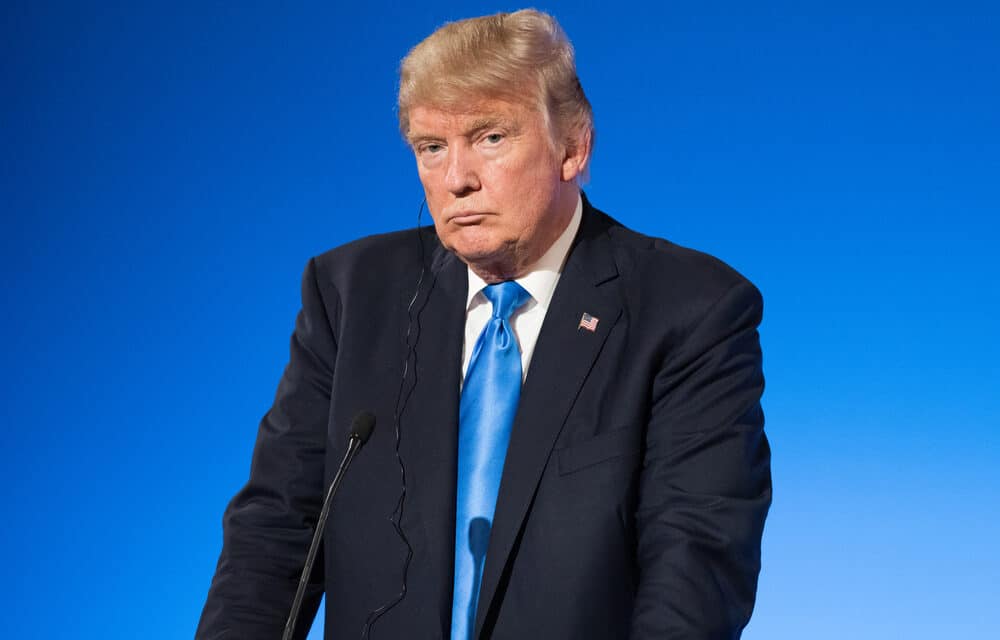 Former President Donald Trump said in a statement Monday that his home at Mar-a-Lago in Palm Beach, Florida, was “raided” by “a large group of FBI agents.” According to NBC News, Trump also claimed the presence of law enforcement was unannounced and the reason was politically motivated, though he did not provide specifics.

“These are dark times for our Nation, as my beautiful home, Mar-A-Lago in Palm Beach, Florida, is currently under siege, raided, and occupied by a large group of FBI agents,” Trump said in a lengthy email statement issued by his Save America political committee.

“After working and cooperating with the relevant Government agencies, this unannounced raid on my home was not necessary or appropriate,” Trump said before bemoaning: “They even broke into my safe!” A person familiar with the matter said the FBI is not disputing that it carried out the search.

The White House said it was not given a heads up. “We did not have notice of the reported action and would refer you to the Justice Department for any additional information,” a White House official said.

The FBI raid came days after Attorney General Merrick Garland told NBC News that the “most wide-ranging investigation” in Justice Department history was examining not only the rioters who invaded the Capitol and physically attacked officers, but was also examining whether anyone was “criminally responsible for interfering with the peaceful transfer of power from one administration to another.”

The discovery of classified information at Mar-a-Lago was referred to the Justice Department by the National Archives and Records Administration, which said it had found classified material in 15 boxes at the residence.

Federal law bars the removal of classified documents to unauthorized locations, though it is possible that Trump could try to argue that, as president, he was the ultimate declassification authority.

There are multiple statutes governing classified information, including a law punishable by up to five years in prison that makes it a crime to remove such records and retain them at an unauthorized location. Another statute makes it a crime to mishandle classified records either intentionally or in a grossly negligent manner.

A separate investigation related to efforts by Trump and his allies to undo the results of the 2020 presidential election and the Jan. 6, 2021, riot at the U.S. Capitol has also been intensifying in Washington.