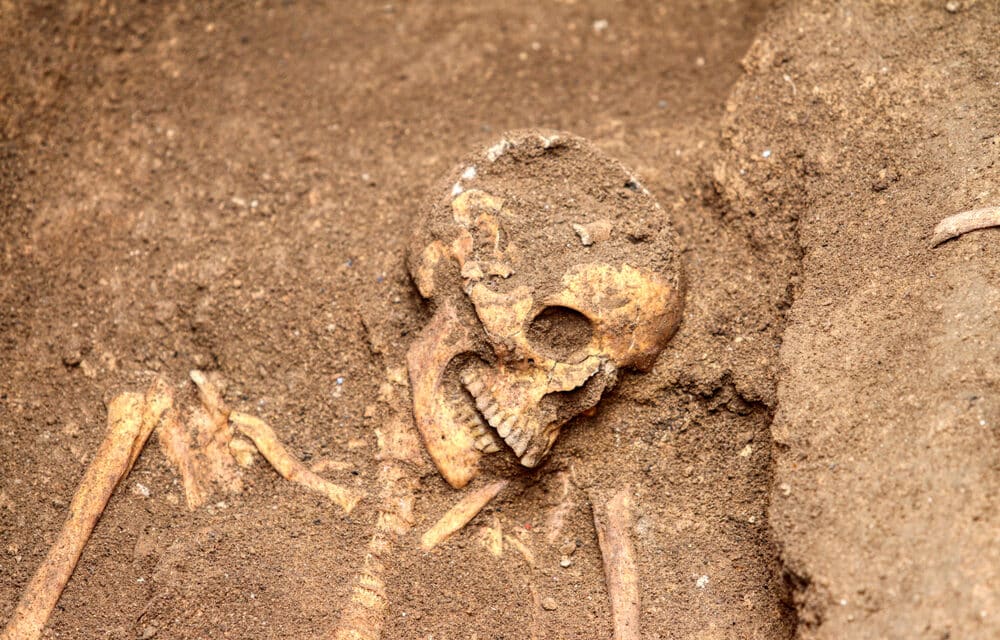 (OPINION) Gender activists want scientists to stop categorizing ancient human remains as either male or female – because they cannot be sure how the deceased identified themselves when they were alive. Woke warriors have also insisted that archaeologists no longer categorize the race of remains as this ‘contributes to white supremacy.

Critics said last night that such demands would lead to a rewriting of history and imposing current ideology ‘where it doesn’t belong’. Traditionally, when human remains are excavated, archaeologists determine traits such as age, gender, and race using proven scientific methods such as bone structure and DNA analysis.

This allows anthropologists and historians to learn more about the person and expand academic research. However, ancient skeletons are increasingly being labeled as ‘non-binary’ or ‘gender-neutral’ by trendy academics.

The Black Trowel Collective of American ‘anarchist archaeologists’, says ‘archaeologists must center the fluidity of gender in their archaeological practice’. The group’s manifesto on ‘trans liberation’ states: ‘It is clear from archaeological, historical, and ethnographic accounts that human gender is highly variable and that human beings have historically been comfortable with a range of genders beyond modern “masculine” and “feminine” binaries.’

He added: ‘This very ideological approach to knowledge means that we’re in danger of making knowledge itself simply a matter of political preference.’ The Mail on Sunday is highlighting gender dogma with its Tyranny Of The Woke Warriors campaign.

European researchers suggested last year that 1,000-year-old remains found in Finland belonged to a non-binary person because items around the bones, such as a sword, suggested the person was male, while jewelry suggested the remains were female.

Frank Furedi, emeritus professor of sociology at the University of Kent, warned that historical fact was becoming the latest ‘frontier’ for advocates of radical gender ideology, adding: ‘If you look at history, one of the foundations of civilization is the distinction between man and woman, whether it be in the Bible or yin and yang in Chinese philosophy, so when you distort that you get a completely different version of what has happened. READ MORE