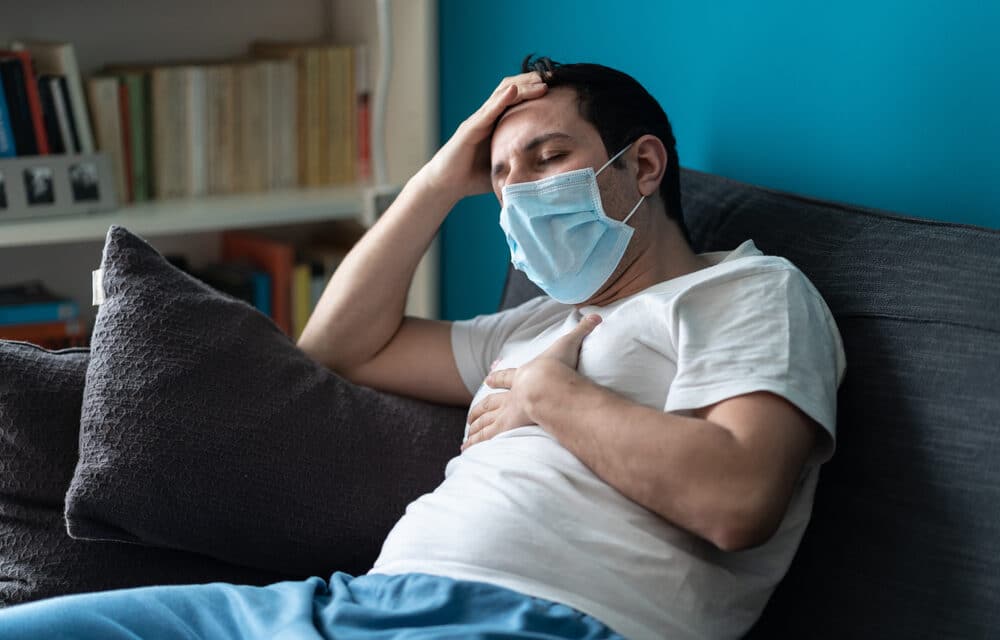 (OPINION) The first iteration of COVID was bad. But subsequent variants, including Omicron, while more contagious, brought less severe symptoms. Now, as the virus keeps mutating — and even antibodies built up by having contracted the virus before can’t necessarily keep you from getting it again, a recent study found.

And as if we really needed more bad news, a new study has found that every time you get COVID, you could get sicker than the time before. “Scientists stressed they need more data before they can say for sure whether, and why, COVID might get worse the second, third, or fourth time around,” The Daily Beast reported, citing a study by the U.S. Veterans Administration.

“But with more and more people getting reinfected as the pandemic lurches toward its fourth year, the study hints at some of the possible long-term risks.”Study researchers examined the health records of 5.7 million American veterans. About 260,000 had contracted the virus once, with 40,000 having caught it twice or more.

“We show that, compared to people with the first infection, reinfection contributes additional risks,” they wrote in their study, which hasn’t been peer-reviewed yet. “Every time you catch COVID, your chance of getting really sick with something—likely COVID-related—seems to go up,” the Beast reported.

“The risk of cardiovascular disorders, problems with blood clotting, diabetes, fatigue, gastrointestinal and kidney disorders, mental health problems, musculoskeletal disorders, and neurologic damage all increase with reinfection — this despite the antibodies that should result from repeat infections.”

The new study comes as scientists are increasingly worried about a couple of new strains of SARS-CoV-2, noting that the variants appear to be able to slip past some antibodies against the virus and attack the lungs, according to a new report.

The subvariants of the now-dominant Omicron variant — dubbed BA.4 and BA.5 — “seem to partially dodge antibodies from past infection or vaccination, making them more transmissible than other forms of the SARS-CoV-2 virus,” the Beast reported. “There are also some suggestions that the new subvariants have evolved to target the lungs — unlike Omicron, which usually resulted in a less dangerous infection of the upper respiratory tract.”